Looking for Kama Muta in All the Right Places

Why do positive emotional feelings make us feel more connected to others? 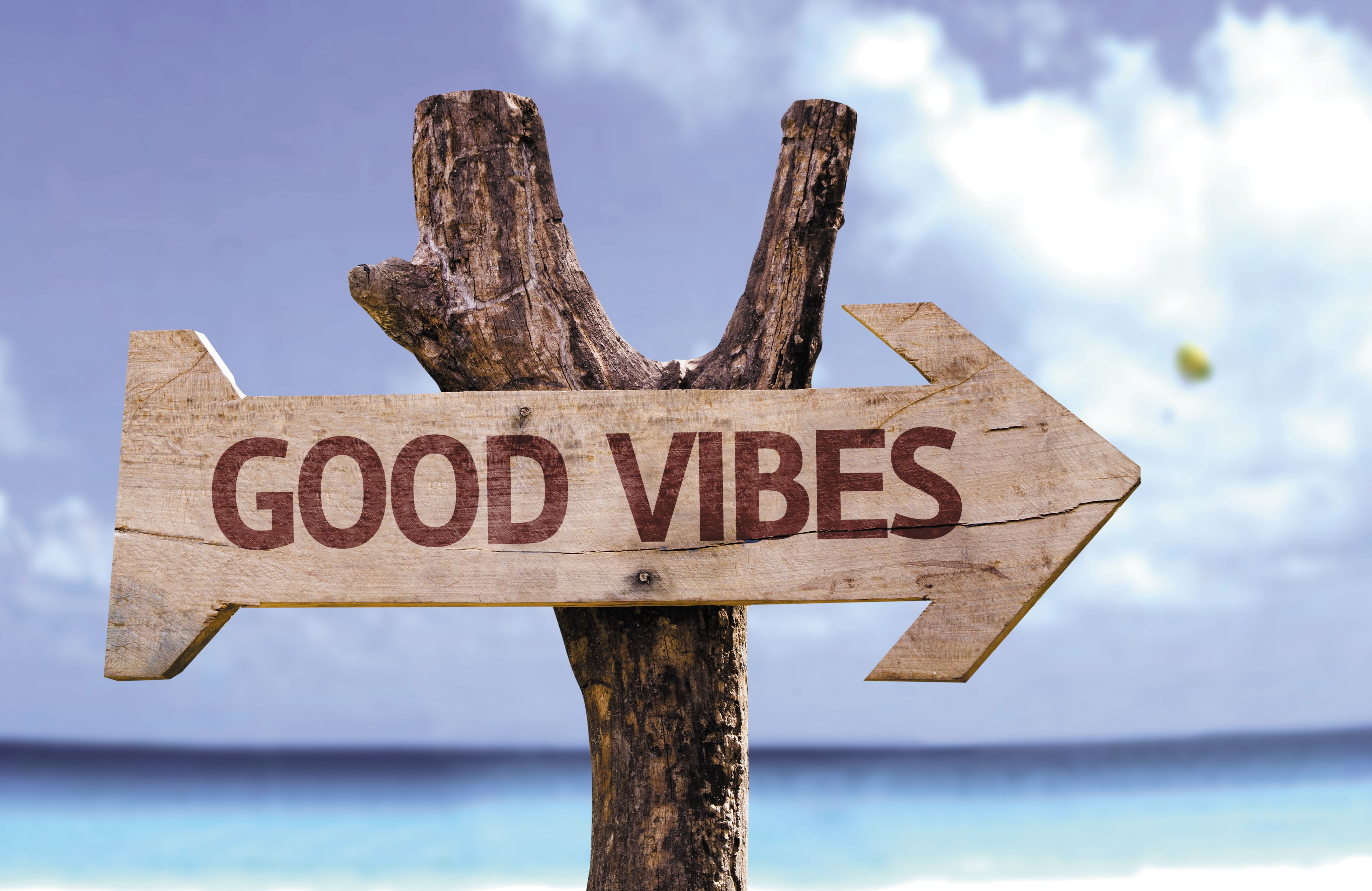 A recent article on the CNN website caught my eye. No, it wasn’t about the crazy state of the world or of American politics. It was an article by Daniel Berke, the CNN religion editor, “Seeing the Pope help strangers made me tear up. Later I learned why.”1 The author described feeling emotionally overwhelmed and moved to tears, in a state of intense positive emotion, on watching the moment when, as Pope Francis was ministering to a group of strangers, a young boy rose from his chair and gave the Pope a hug.

Questioning the origins of this response led the author to ask others about their response to the same, and similar, events. He found others had the same feelings, often accompanied by a burst of goodwill and what he called “benevolence.” But he wasn’t satisfied and decided to do more research. Because I thought this issue has importance for our clinical work, I kept reading, and I hope you will too.

Burke discovered that Thomas Jefferson had described this emotional state in his writings: “When any… act of charity or of gratitude is presented to our sight or imagination, we are deeply impressed with its beauty or feel a strong desire in ourselves of doing charitable or grateful acts also.” Burke goes on to say that Jefferson asserted that observing good deeds “can ‘elevate’ our bodies and minds, opening our chests and hearts.” This description parallels an aspect of what Jewish theologians described early in the first millennium of the states that emerge when fulfilling one of God’s most important precepts, tikkun olam, translated as “healing the world.”

Jefferson believed there were “four major components of the emotion: a triggering event (you witness moral beauty) a physical sensation (your chest dilates, a motivation (you want to help others) and an emotional feeling (you are uplifted and optimistic).” This 200-year-old definition is essentially the description in modern usage from social psychologists of the emotional state Jefferson called “elevation.”

Burke refers to the fact that UCLA anthropologist, Alan Page Fiske, uses a more ancient language, Sanskrit, when he describes this feeling as Kama Muta. No, I didn’t misspell this and mean Kama Sutra. To Fiske, “the closest we can come to the meaning of kama muta in English are words such as moved, touched, stirred, or smitten.”

At this point I was hooked, so I did what any modern day researcher would do. I searched for Kama Muta on Google. What a disappointment! Nothing appeared except a Wikipedia reference to Kama and a reference to the Kama Muta Lab.2 The Wikipedia article put the term Kama in the context of its Hindu origins.

Unlike our common usage of Kama, which more often indicates a sexual kind of desire or longing (as in Kama Sutra, with sutra meaning a work of writing, such as a book or in some usage a scripture), the meaning of Kama more appropriately “refers to any kind of desire, wish, passion, longing, pleasure of the senses, the aesthetic enjoyment of life, affection, or love, with or without sexual connotation.”3

With that context in mind, I followed the Google trail to the website of the Kama Muta Lab. This laboratory is based at the University of Oslo in Norway but includes collaborators from other institutions including Dr. Fiske at UCLA. This research group has been publishing their research on this topic for almost two decades. They define Kama Muta on their website as “a positive emotion evoked by observing or actively taking part in a sudden intensification of a communal sharing relationship. . . commonly accompanied by physiologic reactions including weeping, feelings of warmth and chills or goosebumps…and [which] motivates acting communally or altruistically.” They go on to say this is a positive emotional feeling that might make someone feel more connected to another and to do something to help others share this feeling. Sound familiar?

The website offers a long list of examples wherein a person might feel Kama Muta. They include things such as the feeling state of a mother holding a newborn for the first time right after birth, a person coming upon an injured child and wanting to offer comfort and caring, or a college roommate disclosing physical abuse leading the other roommate to disclose his or her own terrible experiences.

The list of examples is much too long to describe in detail here, but it struck me that a commonality of most examples posted is the engendering of an empathic resonance between two people or of an individual within or responding to a group of people. I was surprised, though, especially given that the researchers are primarily a group of psychologists, that there was no mention of the experience of any health care clinician, especially a psychotherapist, within a therapeutic alliance.

I think Kama Muta is a ubiquitous experience, though not necessarily a frequent one, for any psychiatrist treating patients. Since I’m a psychoanalyst, I think not only of hospitalized patients I’ve treated, but more of patients I’ve treated psychotherapeutically. I’m particularly thinking of a patient with a very severe personality disorder and bulimia, whose binging and purging was the only way of soothing herself she had ever known since early adolescence. Pertinent for this discussion is the feeling I had on the day she told me, after many years of searching together for a solution, that the evening before we met she was able to calm herself without having to throw up. I know now the feeling I experienced at that moment was Kama Muta. I feel certain that had she been aware of the work described in this article, she would have described a state of Kama Muta for herself as well.

For all of us, I believe, this state of Kama Muta embodies a much more accurate and richer description of what we often blandly describe as the gratification of providing clinical care, or how we feel about important moments in what has been traditionally described as “the good psychotherapy hour.” And, I think it also better describes the therapeutic value of our empathic listening and reflection to our patient of our empathic understanding of them. The self-psychology movement in psychoanalysis emphasized the healing aspect of this type of therapeutic interaction. And, Heinz Kohut, the father of self-psychology, felt there should be more scientific study of empathy and its therapeutic effect. I think he’d be happy, or even feel Kama Muta himself, to learn about the work of the Kama Muta Lab. If you have a few free minutes, look it up; I think you’ll be intrigued by what you read.

I think this area of research is important today, especially given several important trends in modern psychiatric treatment. The first is the positive psychiatry movement. I’ve written about this before, and Psychiatric Times has published an illuminating article about the work of Dilip Jeste, the American psychiatrist who has been one of the major proponents of this approach to care.4 Jeste and others bemoan the overemphasis and therapeutic focus on negative emotions. They urge us to mirror Kama Muta in our own patient care, though not using that phrase, as we work to help our patients better experience positive emotional states.

The second phenomenon I’m referring to is the evolving use of computer-based simulacra in place of an actual human therapist. Given the interactive and interpersonal nature of what Jefferson describes as a state of elevation, and Fiske describes as Kama Muta, it is impossible for me to feel that a computerized therapist, no matter how sophisticated, could mimic a real human interaction. Of course, since I’m a big science fiction fan, I know that the relationship between a person and a digital device, such as the one portrayed in the 2013 movie, Her, may be possible sometime in the future.

I’ve emphasized Kama Muta in a clinical setting, and Burke emphasizes a social setting, but I think it can occur in a work setting as well. My example in the workplace is the relationship I and many others have had with our long-serving and now retiring editor, Susan Kweskin. Working with Susan was a pleasure and intellectually stimulating, but she had also the rare capacity to engender the state of Kama Muta in me and many others, which inspired us to want to excel. She richly deserves her retirement and time for rejuvenation, and I know I speak for our Deputy Editor Michelle Riba, and all our current staff and those she’s worked with in the past, that we wish her only the best in this new phase of life. We miss her a great deal already, but we know there’s a big world out there she’s been waiting to explore. And, I hope reading this paragraph generates a feeling of Kama Muta in Susan as it is intended to do.