Psychiatry and the Psychodynamics of Societal Paranoia

Can psychiatry play a constructive role in understanding societies where conspiracy theories flourish? 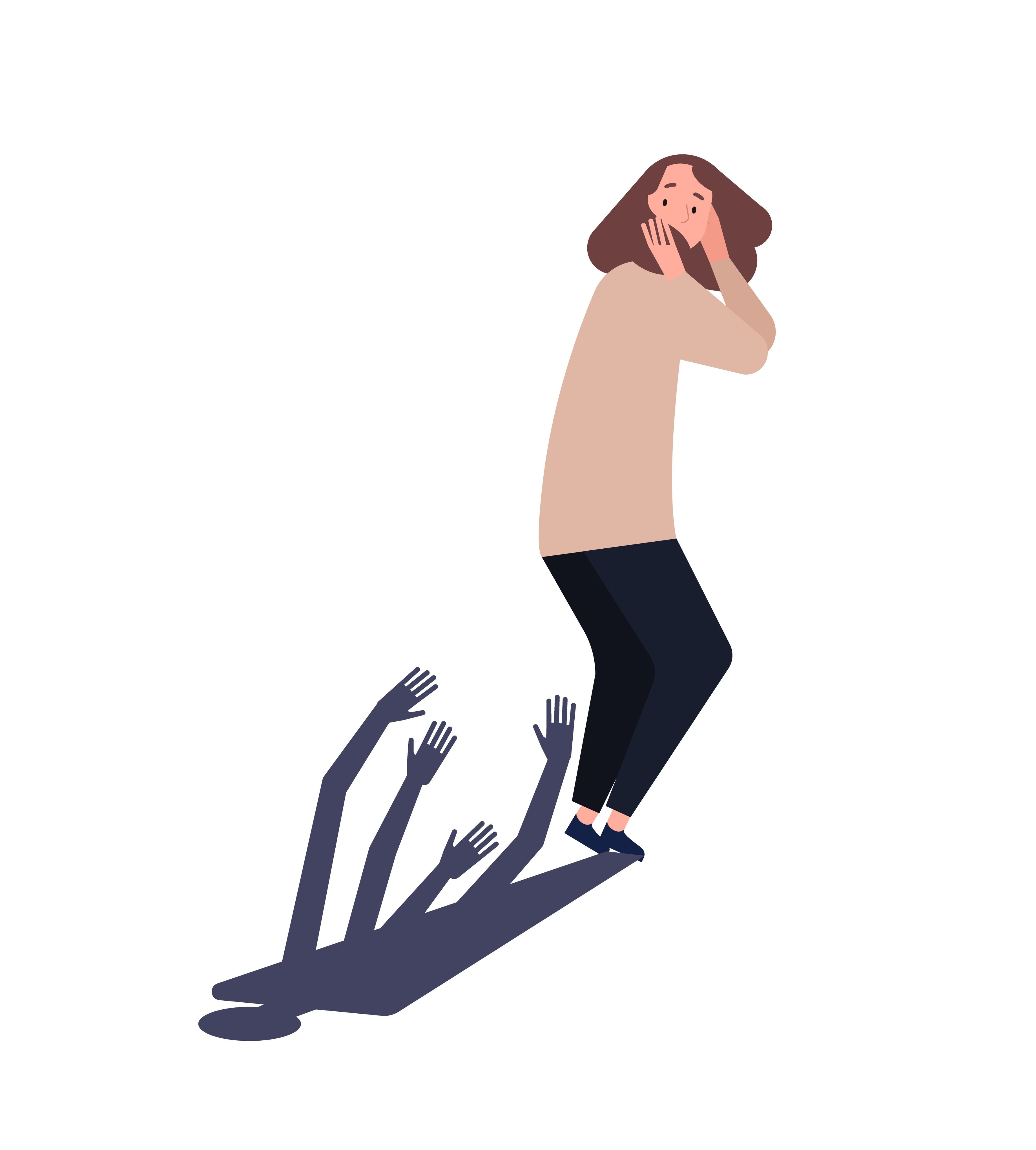 Consider the following claim: “Though present-day Russia poses no threat to it whatsoever, NATO is methodically and persistently expanding its military apparatus in the east of Europe and is implementing an encirclement of Russia from the south… All this leaves no doubt that they are preparing a complete encirclement of Russia, which will be followed by the deprivation of her sovereignty.”1

You might think this inflammatory accusation was voiced by a certain Russian dictator who just launched a brutal and unprovoked attack on Ukraine. It may surprise you to learn that the statement was made almost 16 years ago, by the renowned Russian novelist and erstwhile dissident, Alexander Solzhenitsyn (1918-2008).

Now consider this 2015 article titled, “Russian Society Is Increasingly Paranoid,” by Russian journalist Andrei Malgin published in the Moscow Times. Writing in the context of the shoot-down of Malaysia Airlines Flight 17 on July 17, 2014, Malgin observed,2

“Moscow holds that Ukraine is clearly to blame, and yet it cannot allow a tribunal because [Moscow believes] it would deliberately place the guilt with Russia, as always. Everybody—the whole world—is against Russia. They want to investigate the disaster for the sole purpose of humiliating and accusing Russia. It is the typical logic of the paranoid.”

Can whole societies, or their governments, be truly paranoid in the sense that psychiatrists and psychologists ordinarily use that term; ie, as, “relating to or exhibiting extreme distrust or suspiciousness”?3 And does psychiatry have a role to play in helping world leaders understand the psychodynamics of what might be called societal paranoia?

I think the answers are complex, and we should acknowledge at once that societies are not ideologically or psychologically homogeneous—and even authoritarian governments typically contain some ideological diversity. That said, I was surprised and somewhat amused to find a 2017 article titled, “Paranoid Government Disorder: A New Global Epidemic?” by Peter Sarosi.4 At the time, Sarosi was the Director of the Drug Policy Program at the Hungarian Civil Liberties Union. His article seemed, at first glance, to be a clever parody of the DSM’s “one from column A, two from column B” approach to diagnosis. But I concluded that Sarosi was entirely serious in his claim that4

Governments with this organizational disorder [PGD] may habitually relate to the world by vigilant scanning of civil society for clues or suggestions that may validate their fears or biases. Paranoid governments are eager to expand control and surveillance and reduce individual rights. They think they are in danger and look for signs and threats of that danger, potentially not appreciating other evidence… [They demonstrate a] preoccupation with unsubstantiated conspiracy theories about the internal and external enemy.

Sarosi’s thesis has received some indirect support from studies of “the paranoid style” and “conspiratorial thinking.” As political psychologist, Sander van der Linden, PhD, and colleagues pointed out,5

The authors note that this pattern seems particularly evident in countries “where right-wing authoritarianism is in the ascendancy,” such as Hungary and Austria. That said, conspiracy theories also abound in the US, as my colleague Joseph M. Pierre, MD, and I have discussed in detail.6

There is, of course, that well-worn quip, “Just because you are paranoid does not mean they are not after you!” And some might argue that Russia, for example, has some understandable reasons for fearing complete encirclement by NATO—a geopolitical controversy that would take me far afield.7 Instead, I want to return to the question I raised earlier: Does psychiatry have a constructive role to play in helping world leaders understand the psychodynamics of societal paranoia?

Psychiatry Cannot Do Everything

Let us begin by acknowledging that psychiatry already has its hands full, dealing with pressing problems of untreated serious mental illness; a fragmented non-system of health care; and limited access to psychiatric services. Should we not focus on these urgent matters before getting tangled up in the ambiguities of paranoid government disorder? Aren’t such issues best left to fields like sociology and cultural anthropology—and to professional diplomats?

The clinician in me says, “yes—our first priority is the care and treatment of patients who are suffering with serious psychiatric illnesses.” Indeed, there are serious risks in the unwarranted extension of psychiatry into the political and societal realms, as psychiatrist Robert Cancro, MD, has cautioned:8

[P]sychiatry has had increasing difficulty in setting boundaries for itself. Where[as] at one time, it cared for individuals with certain illnesses, it is now attempting to treat societies and to advise on the discomforts inherent in the process of living…There is reason to believe this stance is of greater value to the personal narcissism of the psychiatrist than to the solution of problems.Especially since the end of World War II, psychiatry has been looked to as a source of solutions for problems ranging from alcoholism to prison reforms. Failure was inevitable. No field could possibly fulfill the vast expectations generated by the mental health movement.

And yet, I think psychiatry does have a constructive role to play in the understanding of societal paranoia and how it may lead to violent conflict on the international stage.

Here I turn to the work of the late David A. Hamburg, MD, who died in 2019 at the age of 93. Trained as a psychiatrist, Dr Hamburg and former secretary of state Cyrus Vance launched the Carnegie Commission on Preventing Deadly Conflict in 1994. In a 2003 interview, Dr Hamburg described how conflict resolution and preventive diplomacy can help avert violent conflict between nations. Though he did not specifically mention the role of psychiatry, many of the interventions he discussed fit comfortably in psychiatry’s tool kit. For example, Hamburg cited the need for “ongoing programs of international help—offered by governments, intergovernmental organizations, and also by nongovernmental organizations. These would build the capacity of groups to address grievances effectively without violence and establish permanent mechanisms for sorting out conflicts peacefully before they become explosive.”9

Is this not essentially what we do in our clinical work with dysfunctional couples and families? Dr Hamburg added that nonviolent conflict resolution becomes feasible “when most people in a society feel that they have decent life chances; when they are not oppressed and have their basic needs met for child and adolescent development; and live in a social environment conducive to attachment, hope, physical security, and reliable standard of living.”9

Am I claiming, grandiosely, that psychiatrists can—or should—put an entire society on the couch and try to mitigate its paranoid tendencies? Obviously not. But I believe we can help diplomats and negotiators understand how paranoid and conspiratorial thinking starts; for example, by identifying the risk factors for a society’s becoming a hotbed of paranoia and conspiracy theories. One caveat: Not all conspiracy theories are false, though most prove to be.

Sarosi lists several causes or risk factors for PGD, including weak civil society; unstable democratic institutions; significant inequality; and systemic corruption (Table).4 But perhaps there are also psychosocial risk factors that can be identified and remedied. For example, Van der Linden et al note that conspiratorial thinking is associated with paranoia, narcissism, interpersonal distrust, feelings of powerlessness, lack of agency and control, uncertainty, low levels of education and intelligence, as well as “magical thinking,” defined as the superstitious tendency to draw false inferences about causal relationships.5

In the case of Russia—and perhaps other countries—a pervasive sense of national humiliation may also be driving some conspiratorial thinking within the government. In this regard, Michael Brenner, PhD, Professor Emeritus of International Affairs at the University of Pittsburgh, wrote:10

“Russia’s actions in the Ukraine [are] to a great extent…the culmination of the numerous humiliations that the West, under American instigation, has inflicted on Russia’s rulers and the country as a whole over the past 30 years.”

Psychiatrists—who know something about shame and humiliation—could be helpful in identifying societies in which such psychological risk factors are pronounced, with an eye toward heading off conspiracy-inspired conflict.

Yes, I know it all sounds a bit utopian, and maybe even hubristic. Some may argue that psychiatrists have no more to offer in these respects than say, seasoned diplomats. But as medical specialists who understand the risk factors for violence, paranoia, and conspiratorial thinking, I believe psychiatrists are in a unique position to serve as consultants to intergovernmental organizations dedicated to conflict resolution.

As we watch the horrors unfolding in Ukraine, would it not be worth at least a try?