What Our Goldwater Rule Poll May Be Telling Us

A month ago, we opened a poll about the Goldwater Rule and its controversy regarding the mental status of President Donald Trump. Here's what we found. 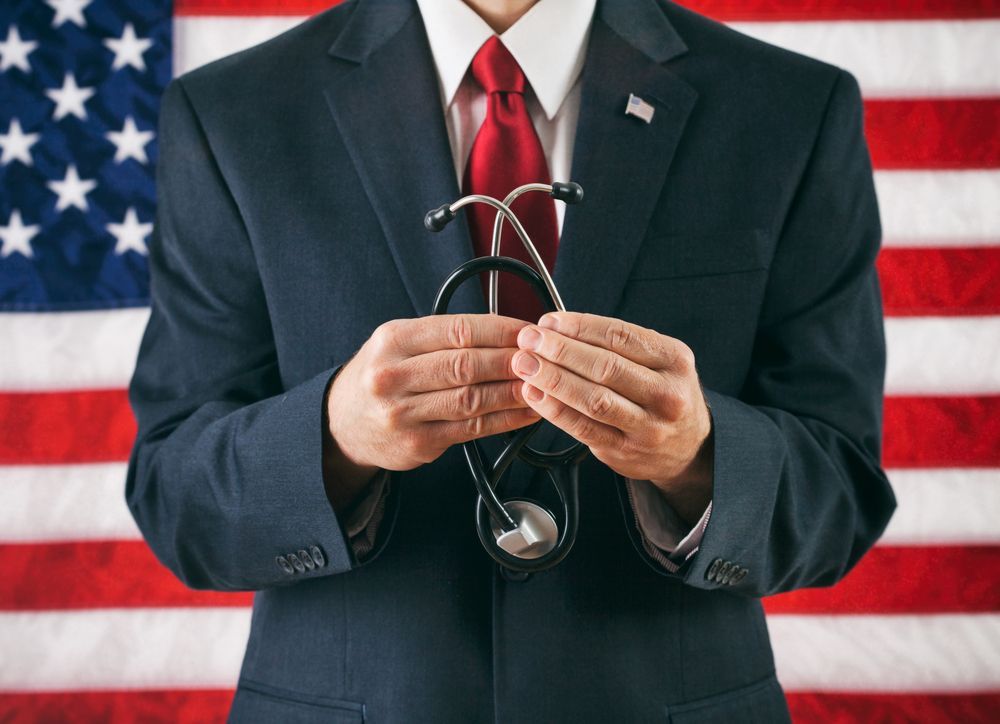 A month ago, we opened an informal poll about the Goldwater Rule (GR) controversy regarding the mental status of President Donald Trump. One of our readers, Kim Masters, MD, thought that such a poll could reveal the degree of practitioner support for the position of the American Psychiatric Association (APA). Here are the results to date as well as an analysis.

Although the poll remains open, the responses are dwindling down and seem to be remaining consistent. Support for the position of the APA seems tenuous at best. We received nearly 1500 votes to the question, “What do you think of the Goldwater Rule?” About half of the respondents said they agreed with it. About 35% disagreed with it. Thirteen percent said they weren’t sure; and only 1% had no opinion.

The voters represent many categories of mental health professionals. Though about half are psychiatrists, we have over 5% of responses from psychologists, nurses, social workers, consumers, and “others.”

Since so much of the recent controversy about the GR was related to President Trump, we included Question 3: “Would you recommend that President Trump and similarly elected public figures be required to have a complete, objective mental health evaluation as part of their overall medical assessment?” For this item, over 1600 readers responded. A slight majority, 56%, checked off “Yes,” whereas 44% checked off “No.” Once again, there did not seem to be a clear preference.

Although our newly designed website has temporarily disabled the reader commenting function, I did receive some direct feedback from colleagues. With their permission, I will share them with you. Dr. Masters, who inspired the poll concluded:

I think this makes a case for moving the [GR] discussions from an ethics perspective, that is ethical vs unethical, to a best practices discussion where there is latitude for disagreement . . . As for the mental health exam, I would use the same argument . . . I would also suggest that most people who are not mental health professionals care about a psychiatrist’s opinion only as it effects their personal issues with mental illness, and so they would not care what psychiatrists or other mental health professions think about a political figure.

Some colleagues who attended an event at the Wisconsin Psychiatric Association recall a diversity of opinions about the GR. They also questioned whether it would be appropriate to speak out about the image a politician projects versus the person him or herself.

Another colleague, who has had a variety of leadership positions, and comes from a minority ethnic background, wrote:

Needs to be modified. We are able to get more useful info without face to face.

Would you recommend the Board of Trustees get on the ball and suspend or expel members who insist on making psychiatric pronouncements about people they have not examined? Or just those who do that about major political figures? Or over anyone running for elected office? Or . . .?

Over this same period as the poll, a related Action Paper for the Assembly of the APA to consider has been in development. It discusses how the GR may come into conflict with other ethical principles. For instance, Section 5 of the AMA/APA ethical principles urges psychiatrists to “make relevant information available to patients, colleagues, and the public,” which would imply that those psychiatrists who view that a President would be a danger to society should speak out about that. Of course, such public communications could be done in a way that doesn’t technically violate the GR, presumably.

So, what is this poll telling us? Clearly, the public and mental health professionals are concerned about President Trump’s mental health, despite his own claim that he is quite mentally healthy.

If anything, this poll continues our discussion that started with our unique Secret Poll during the Presidential race and the follow-up analysis of those results. Indeed, the concerns then regarding President Trump have turned out to be relevant and prescient, including the overwhelming preference for Hillary Clinton, suggesting that the consensus of opinions by our group of mental health professionals should be taken quite seriously.

Like any poll, there are significant limitations to this one. We don’t know much about who voted and why. We cannot isolate out the results for psychiatrists. Organized psychiatry developed the GR but it does not officially apply to non-members and professionals who work in other mental health care disciplines. Even with this disclaimer, the early days of the current poll was dominated by responses from psychiatrists, and their responses paralleled those that developed over the rest of the month.

Nevertheless, we can readily conclude that, despite the recent APA attempt to update and clarify the meaning and applicability of the GR, there is no convincing agreement in our particular poll about the GR, nor is there any consensus about requiring public figures to have a formal mental health evaluation, even if such screening is already routinely applied to high security government positions. What higher security position do we have than our President? There do not seem to be any APA organizational consequences for violating the GR, whether that be a warning, suspension, or expulsion, for those who have already breached the GR in their public communications.

It is curious that this poll showed no overwhelming support for a required mental status evaluation. Is that a reflection of stigma? Would an objective examination be difficult? Who would select the psychiatrist to conduct the exam, let alone convey the results? Is it a violation of privacy and confidentiality?

Soon after the poll began in early February, the media began to cover another type of public figure that evoked mental health concern, that being the perpetrator of the Parkland mass school shooting. The perpetrator survived and is supposed to have a formal psychiatric evaluation in custody. In the meantime, some speculated about his mental health, and some information about his history and that he did receive some evaluation and treatment has surfaced. Such speculation connects to the wider discussion about the potential dangerousness of the mentally ill as far as gun control. Does the risk increase with respect to a specific diagnosis, to any psychodynamics, to any social circumstances, or just to a rare, unique individual?

What recommendation do our readers, commentators, and myself seem to be making related to the GR?

1. A “rule” does not seem to fit the spirit of our ethical principles and thereby might be removed or recommended to be deemed as a best practice instead.

2. Psychiatrists should consider where their knowledge and skills can contribute to the public good better than any other field or media, thereby justifying public commentary about a public figure, all the while keeping confidentiality and privacy ethical principles in mind.

3. We need to be sure that the GR does not trump our Constitutional First Amendment regarding free speech, whether that can be accomplished by clearly communication as a citizen or on behalf of our professional expertise.

4. We need more opinions from our rank-and-file membership, which could be accomplished in part by randomly selected focus groups or dedicated online discussion groups.

5. If the GR is to have any teeth as a rule, there must be adverse consequences for those who violate it.

6. After more input from members of the APA, every effort should be made to educate members, non-members, and the public via continuing medical education and other media about it.

Once again, as occurred during our Presidential Race polls, we thank all our readers who participated in this unique poll. In this way, you are contributing to our ethical principle to become involved in societal issues that may reflect the public good. The results of this poll provide some information and insights that our professional organizations need to consider.