What Should a Therapist Do in These Situations?

Being a psychotherapist is a complicated job. Not only must you be knowledgeable about human behavior, psychodynamics, and various techniques of doing therapy, but you have to be prepared for unexpected dilemmas. 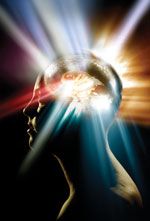 Questions to consider when reading the case:

•Should the therapist do anything with this information?

•Is the therapist required to notify anybody?

•What are the  legal  and therapeutic implications?

Being a psychotherapist is a complicated job. Not only must you be knowledgeable about human behavior, psychodynamics, and various techniques of doing therapy, but you have to be prepared for unexpected dilemmas. Two cases are presented below which bring up potential legal and ethical issues as well as technical considerations, which the therapist has to take into account to best help the patient.

These vignettes are based on real cases which I have either been involved with as the therapist or as the supervisor or I have read about them or have been told about them by a colleague. Some details may have been changed to protect confidentiality.

All the of cases are at least 10 years old. Readers of this blog are welcome to express their opinion about the cases. We all recognize that in a real clinical situations, there would be much more information available about the patient which might help in making a decision. In a future blog, I will present further discussion about these cases.

The patient is a 26-year-old young woman who came into therapy because she was depressed about her inability to complete things. She had started college twice and dropped out, and as a adolescent, she came home from sleep-away camp twice. Her goal was to go to nursing school some day in the future. She had many friends but had trouble keeping a boyfriend, She was attractive but was somewhat inhibited and only on occasion would allow herself to have sexual relations, which she would enjoy. Her parents were divorced when she was 6 years old. Her father, a physician, would visit her periodically when she was a child. When she was older, she would visit him and his new wife. She always felt close to them and their 2 children. Her own mother was an alcoholic, and when she was younger, her mother’s behavior was quite erratic. At times she was physically abused by being slapped around. Other times she would have to take care of mother by making food for her and sometimes would even stay home from school. Despite poor attendance, she got good grades. She herself does not drink or take drugs. She shows no evidence of a major depression or psychotic symptoms. She is often moody but doesn’t appear to have hypomania. She becomes angry when she is disappointed. As a preadolescent she saw several therapists and she had 2 or 3 brief trials of therapy in the past 3 years  including several weeks of a trial of an SSRI, which she didn’t feel made any difference. She is currently in treatment with a psychodynamically oriented psychiatrist who has decided not use medication at present. She has been coming for 4 months, 2 times a week (Tuesday and Friday). She says this is the first time she is making progress in therapy because she feels she can talk freely and is not being judged.

During her last session on a Friday very close to the end of session, she said, "Whatever we say here is completely confidential, isn’t it?” The therapist replied, “Why do you ask this question?”  The patient then went on, “You know that babysitting job that I have been doing every Saturday night for Mr and Mrs Woodman, my neighbor’s 15-month-old child? Well, last week the kid was a real problem. He was whining all the time and wouldn’t listen to me. The final straw was that he spit on me. I lost it and slapped him real hard across the face. His face got really red and swollen. I put some ice on it. I will never do that again.” The therapist, was stunned and before she could say anything, the patient said, “Well, I know my time is up,” and she got up and left.