A Case of the Chicken or the Egg: Social Media, GAD, & Substance Use

Like it or not, social media has become a constant in our lives, and it is getting harder to unplug. But, is social media actually causing harm? 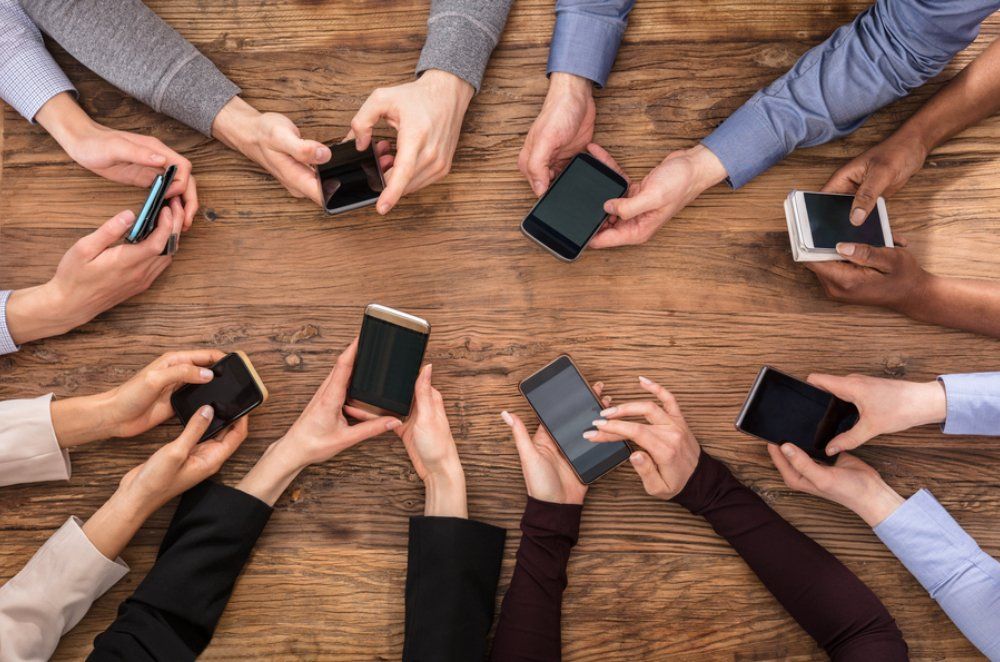 Like it or not, social media has become a constant in our lives, and it is getting harder to unplug. But, is social media actually causing harm?

Psychiatric Times (PT): Your study found that two social media behaviors were associated with GAD. Would you tell our readers about those?

Dr Ceballos: We were not too surprised to see an association between GAD and posting on social media while drinking alcohol. Anxiety disorders and alcohol misuse are often comorbid, and findings from previous research suggest that merely being on social media may make some people more anxious. Since alcohol is often (but incorrectly) perceived as a stress reliever, it is not too surprising that people might try to relax by having a drink while on social media, especially if they have noticed that social media tends to increase their anxiety.

PT: Is this s a chicken versus egg situation? Are patients with GAD are more likely to have issues with those behaviors, or do you think those behaviors cause or exacerbate anxiety?

Dr Howard: Different mental health disorders can predispose individuals to be more susceptible to making upward social comparisons, which then can exacerbate their symptoms. But there is no evidence that making upward social comparisons causes depression or anxiety disorders. Various social media platforms are known for impression management, that is, presenting yourself in the best possible way via filters and photoshop applications. And while users know these pictures may not be credible, they still have the tendency to compare themselves with these unrealistic images.

Dr Ceballos: In terms of the association between alcohol use and anxiety, it is a bit of a vicious cycle. Much like some antianxiety medications, alcohol acts as a sedative on the nervous system. So at least acutely, it can make people feel more relaxed, and this can be a desirable effect, especially for someone with an anxiety disorder. Unfortunately, some studies suggest that chronic alcohol misuse may change the nervous system, making it more difficult for someone to cope with anxiety in the future.

PT: Your findings indicated an association with alcohol use but not marijuana use. Why do you think that is?

Dr Ceballos: There are a few possible reasons for these different results. First, alcohol and marijuana act through different pharmacological mechanisms, and compared to marijuana, alcohol’s mechanism of action tends to more closely resemble that of antianxiety medications. So, it is possible that alcohol (to a greater extent than marijuana) may have differentially decreased anxiety among GAD participants, leading to a decrease in inhibition that made using social media more enjoyable for them.

Also, while some people may use marijuana for relaxation purposes, it is important to note that, depending on the strain that is used, the tetrahydrocannabinol (THC) content (or ratio of THC to cannabidiol), and other individual vulnerability factors, marijuana could have the opposite effect-increasing anxiety or paranoia in some users.

Finally, compared with marijuana, alcohol was much more likely to have been legally available for many of our participants, and this might have contributed to its more significant associations in our study.

PT: Can you comment on these behaviors outside of social media? In other words, do patients with GAD generally have issues with the “comparison” factor and alcohol use?

Dr Howard: Individuals with GAD experience a variety of symptoms, including restlessness, worry, and sleep disturbance, and many tend to ruminate. Social comparisons, both online and offline, are very likely to influence these symptoms in individuals with GAD. Social Comparison Theory was developed in the 1950s and has been studied extensively, particularly in relation to self-esteem. It really depends on the individual and what he or she is worrying about. For some, social comparisons may greatly influence their symptoms, and for others it may not.

Dr Ceballos: There is a fairly large body of literature linking anxiety and alcohol use in various ways outside of the context of social media use. Some patients with GAD may tend to self-medicate with alcohol or other substances that have a sedative effect. However, although it is perceived by many people as a stress-reliever, alcohol can actually exacerbate anxiety in the long run.

PT: What are the clinical implications of this research?

Dr Howard: Individuals with GAD want to feel better and many are actively seeking out treatments and strategies to alleviate their symptoms. Psychiatrists can help them by creating an awareness of the factors on social media that either hinder or help individuals with GAD.

Explain to your patients about upward social comparisons and how they can affect self-esteem and anxiety symptoms. Recommendations for proactive change on social media include unfollowing specific individuals, pages, or platforms that invoke those feelings that others are better off and following new pages that are not anxiety-provoking. Suggest seeking out support groups on various social media platforms that provide positive energy and motivation to the followers.

PT: Do you have follow-up research planned? If so, is it something you can share with our readers?

Dr Howard: We are conducting an experiment to assess for physiological reactivity (cardiovascular and salivary cortisol) responses to anxiety-provoking social media stimuli. Essentially, we are seeking to see if certain types of social media posts can cause a physiological stress response. We know that long-term exposures to stress can reduce immune functioning and increase cardiovascular problems. Can social media make us sick? 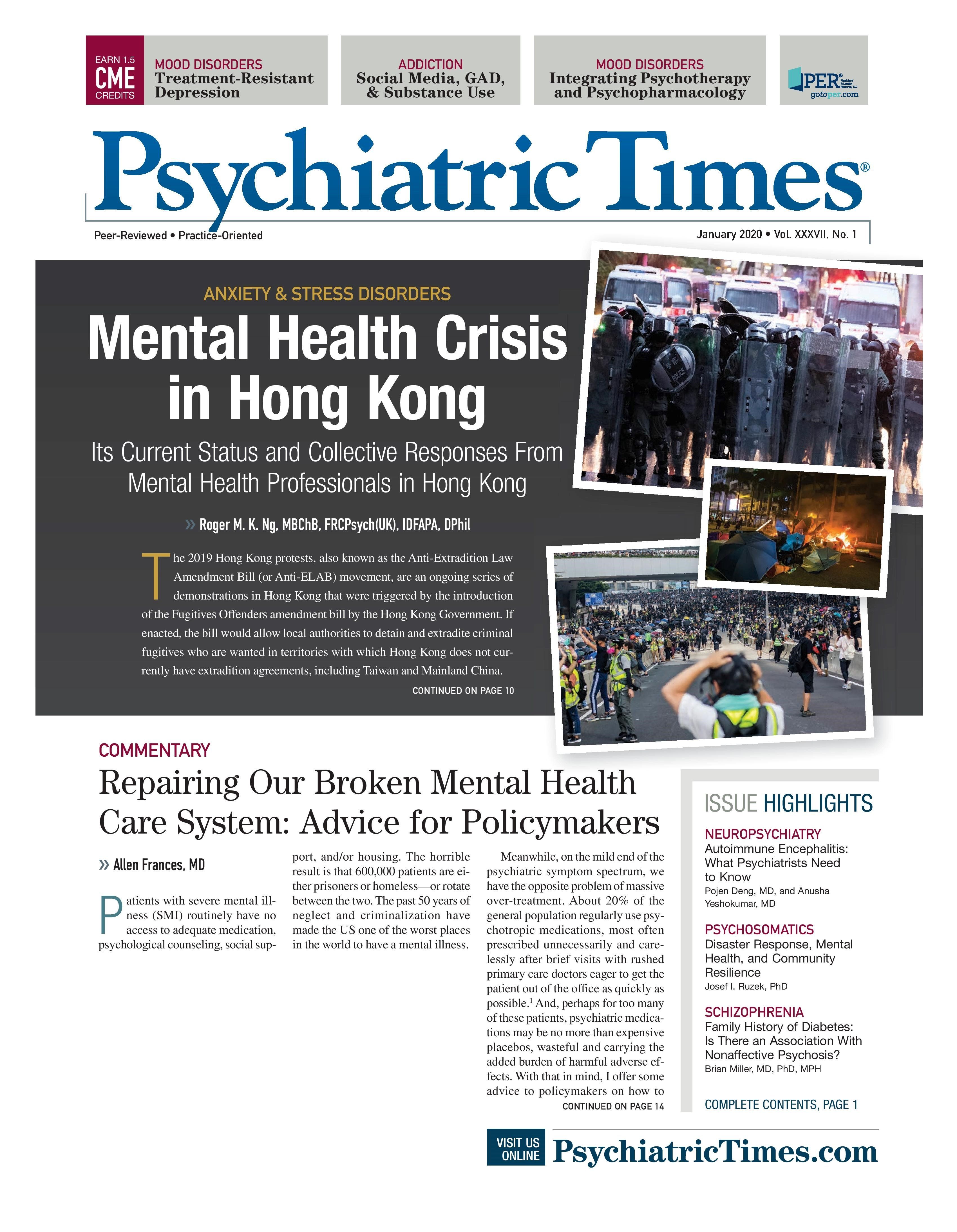 In This Issue of Psychiatric Times: Vol 37, No 1
Family History of Diabetes: Is There an Association With Nonaffective Psychosis?
Celebrating Progress, but Challenges Remain
Diagnostic and Treatment Challenges in Bipolar Disorder in Children and Adolescents
Integrating Psychotherapy and Psychopharmacology in the Treatment of Major Depressive Disorder
Autoimmune Encephalitis: What Psychiatrists Need to Know
The Opening of the Maudsley Hospital: January 31, 1923
A Case of the Chicken or the Egg: Social Media, GAD, & Substance Use
Disaster Response, Mental Health, and Community Resilience
Psychiatrists Are Not the Retiring Kind
Repairing Our Broken Mental Health Care System: Advice for Policymakers
Management of Treatment Resistant Depression in the Elderly
Mental Health Crisis in Hong Kong
Beginning the Decade With 2020 Vision
Here’s to Resolutions
Related Videos
Related Content