A patient, faced with a lung cancer diagnosis and the fear of death, goes through the stages of grief. How can you as clinicians lead them through? 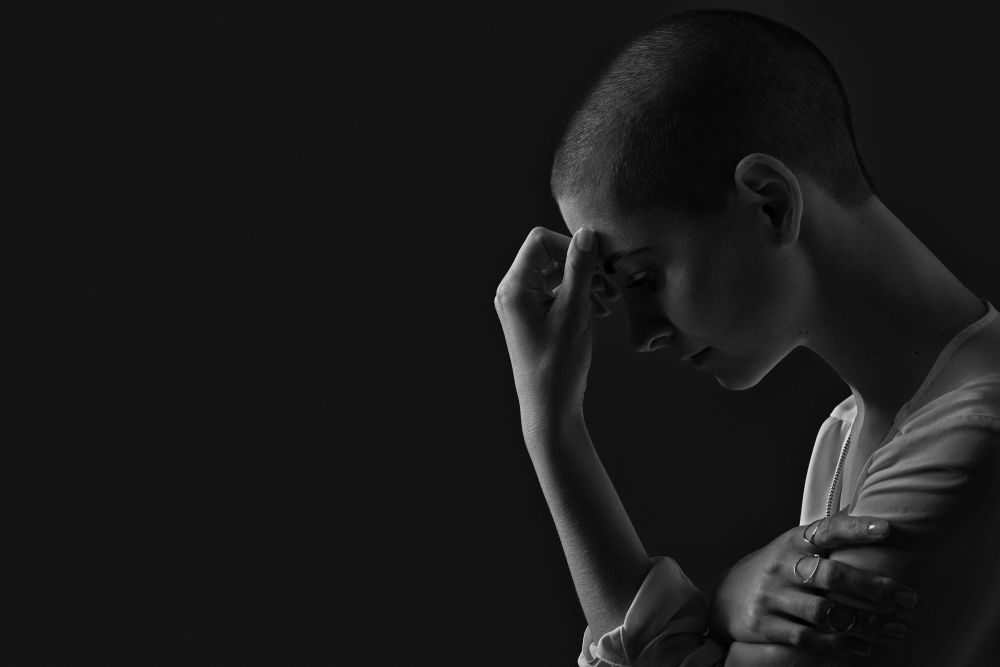 In this installment of Tales From the Clinic: The Art of Psychiatry, we follow a psycho-oncology case of lung cancer, compounded by depressive and anxiety symptoms. Faced with fear of death, individuals go through stages of grief, as described by Elisabeth Kübler-Ross, MD, in 1969. This discussion highlights the psychotherapeutic, pharmacological, and diagnostic considerations of this comorbidity.

“Mr Arnold” is a 67-year-old retired teacher with no past psychiatric or medical history. He was referred to a psychiatry clinic for sadness and anxiety shortly after being diagnosed with metastatic adenocarcinoma of the lower lobe of the left lung. The devastating diagnosis caught Mr Arnold off guard just months into his retirement, as the only symptoms he experienced were cough and progressive fatigue. Besides these complaints, he had no past medical issues, always stayed committed to a healthy lifestyle, and underwent regular screenings and physical exams. Mr Arnold did not have any history of tobacco smoking, alcohol drinking, or any other substance use. He felt numb when he first heard the diagnosis because he was overwhelmed with a range of strong emotions: disbelief, anger, fear, anxiety, and sadness. Mr Arnold’s retirement plan now had to be put on hold so he could focus on cancer treatment. He had already suffered tremendous grief a few years earlier after the loss of his wife of 30 years to cancer. This time, he was traumatized by cancer as a firsthand experience.

More In This Series

During the initial visit to the psychiatry clinic, he complained predominantly of fear of death, hopelessness, insomnia, social isolation, anger, guilt, and worry for his girlfriend if the treatment fails: “What will she do without me? Who will take care of her after I die?” Mirtazapine was started to target depression, anxiety, poor sleep, and low appetite; however, Mr Arnold found the medication too sedating. Sertraline was subsequently started and was much more tolerable and helpful with alleviation of anxiety and depression.

He was started on chemotherapy and radiation treatment soon after diagnosis. During the early stages of cancer treatment, he had difficulty coping with the treatment burden and reported worsening symptoms of anxiety. He was affected not only by the cancer diagnosis, but also by the treatment and its side effects, which worsened his depression and anxiety, lowered his quality of life, and exacerbated his loneliness and social isolation. Besides pharmacological intervention for depression and anxiety, he was concurrently seen by a psychotherapist to work on relaxation techniques, deep breathing exercises, and cognitive behavioral therapy. After persevering through almost 2 years of cancer treatment, Mr Arnold felt extremely relieved when the PET scan showed no evidence of active disease. Subsequent CT scans were negative as well. Mr Arnold later continued maintenance oral chemotherapy. While he felt relieved and hopeful for the future, a part of him still felt anxious that the cancer might recur.

The Stages of Grief

Lung cancer is second only to breast cancer in prevalence. Older adults with lung cancer face a range of challenging issues, including demoralization, isolation, treatment distress, anxiety, and depression. Some issues relate to loss of control and dignity, whereas others stem from problems related to quality of life. Smokers, or individuals who feel their cancer stemmed from negative behaviors of their own doing, often experience shame and worse depression.1 In therapy, fear of mortality and psychosocial decline need to be addressed. Stages of grief must also be highlighted and worked through, although stages do not have to occur in clean, predictable order.

For Mr Arnold, it was hard to imagine a worse time for him to receive the news of this devastating diagnosis because, after decades of working hard, he had been looking forward to spending the post-retirement years traveling. Like other patients, Mr Arnold found himself in shock (the denial/shock stages of grief). He now had to face the dreadful transition from anticipating years with joyful activities to navigating the uncharted waters of a deadly illness and difficult treatment. Mr Arnold experienced demoralization similar to Erik Erikson’s concept of despair in the final stage of one’s life, where he partially felt regret over the life he had lived and the feeling of hopelessness.

Compared to other malignancies, lung cancer is associated with a higher rate of mortality and symptom burden, which can cause serious psychological suffering. Facing a terminal illness, Mr Arnold felt devastated and in despair; he now believed he had only a slim chance of being able to do the meaningful things that he had worked and planned for all his life (ie, traveling around the world). Although he reflected on the life he had lived with pride, having raised 2 successful children, he felt regret for not doing enough of what he felt would have brought him happiness (the depression stage of grief). During the course of his cancer treatment, Mr Arnold constantly found himself in a tug of war between hope for a full recovery (so he could travel) and, in his words, “make peace” (achieving ego integrity, the bargaining stage of grief) with the life that he had led and the fear of death.

Reflecting on his life, Mr Arnold felt that being diagnosed with lung cancer was unfair for him since he never had medical problems and had been committed to a healthy lifestyle (the anger stage of grief). He never smoked tobacco, drank alcohol, or abused any substance. Like most lung cancer patients, Mr Arnold was diagnosed when the cancer was in the late stage because his early symptoms—dry cough and fatigue—were nonspecific and dismissed without further work-up. He also reported feeling guilty about the possibility of becoming a burden on his girlfriend, who herself had chronic conditions. Self-compassion is key in improving outcome at this stage in treatment.1 In aging patients, this is a common concern that needs to be addressed in multimodal treatment planning, as there is increasing recognition that caregiver health and patient health are interdependent.2

During his first visit with psychiatry, Mr Arnold reiterated tearfully that he had saved money all his life for retirement and planned to travel extensively in the last meaningful years of his life. The addition of psychotherapy was essential in guiding the patient through the stages of grief. Although lung cancer is the most frequently occurring cancer and the leading cause of cancer death in men,3 it is essential to help patients realize that many cancer occurrences do not lead to death (the acceptance stage of grief). He was psychologically tormented by the constant fear of death, especially in the aftermath of the diagnosis and early stages of treatment.

As the lung cancer treatment progressed, Mr Arnold started to worry more about his financial situation since his retirement savings were quickly depleted by medical bills. He felt resentful that a significant portion of his retirement savings was now drained, and he could not help his girlfriend. Alleviating the burden of treatment in this situation was integral to improving the patient’s anxiety and depression. Considerations for patients in this situation include aggression of disease/cancer staging, likelihood of poor prognosis, and uncertainty in treatment and outcome.

Screening for depression among patients with lung cancer can be tricky as multiple confounding factors present as neurovegetative symptoms, mostly related to the cancer and its treatment; for example, low energy, poor appetite, decreased motivation, loss of interest, and decreased concentration. Research has shown that the level of distress experienced by lung cancer patients is not correlated with the type or stage of cancer, but that individuals with depression and cancer may have higher health resource utilization and worse outcomes.4

Another benefit of this antidepressant, and the reason it was selected as first line, is that it alleviates gastrointestinal symptoms (nausea) induced by chemotherapy and poor sleep related to distress and anxiety.

Here, Mr Arnold started taking mirtazapine for depression; the medication was also helpful for anxiety. Another benefit of this antidepressant, and the reason it was selected as first line, is that it alleviates gastrointestinal symptoms (nausea) induced by chemotherapy and poor sleep related to distress and anxiety. Mr Arnold had a good response to mirtazapine; however, the sedation caused by its side effect was a major issue because he already struggled with fatigue and low energy. Sertraline was later started and proved to be a better choice for his depressive symptoms. However, in treating patients with cancer, drug interactions have to carefully considered because selective serotonin reuptake inhibitors are sometimes associated with increased cytotoxicity when combined with certain chemotherapy agents.6

Because of fatigue, depression, and anxiety, Mr Arnold notably lost interest in his routine activities. For the treatment of fatigue, he needed only conservative care such as physical therapy and energy conservation; no pharmacological intervention was required. During the course of depression treatment, it was important to focus on Mr Arnold’s mood improvement based on depression symptoms that are psychologically based, rather than neurovegetative ones that are related to lung cancer such as fatigue, pain, dyspnea, weakness, insomnia, and poor concentration. Distinguishing physical symptoms due to cancer treatment is essential in this patient group.

The depression symptoms that were considered markers of depression response include feeling hopeless/helpless or unmotivated, easy crying, irritability, self-blaming, social isolation, and mood/affect change. The patient’s quality of life and other meaningful elements of his life were also important to consider when following up on the treatment of depression and anxiety. Helping the patient’s mood serves a dual purpose, both as a success in mental health treatment and a way to improve the patient’s immune system and improve adherence to the lengthy cancer treatment program. Depression in cancer patients leads to higher rates of readmissions.7

When evaluating anxiety among patients with lung cancer, it is also important to distinguish physiologically based dyspnea and anxiety from a psychological state.

Mr Arnold’s anxiety could have started with a respiratory deficit, but it was later exacerbated by the fear of death, catastrophizing, as well as feeling hopeless and helpless. Besides the psychological trauma, going through 20 months of radiation and chemotherapy was an ordeal for Mr Arnold, as he struggled with poor quality of life due to severe pain induced by the treatment. Because pain is a multidimensional and complex experience, it was imperative to explore the psychospiritual dimension of his suffering during follow-up visits. Discussing his pain, fear, concern, loss of autonomy, and dignity helped relieve Mr Arnold’s distress. Fortunately, he was not reluctant to talk about these concerns.

With a good response to the cancer treatment, Mr Arnold’s grieving mostly resolved after successfully completing his treatment, with residual intermittent anxiety of disease recurrence. 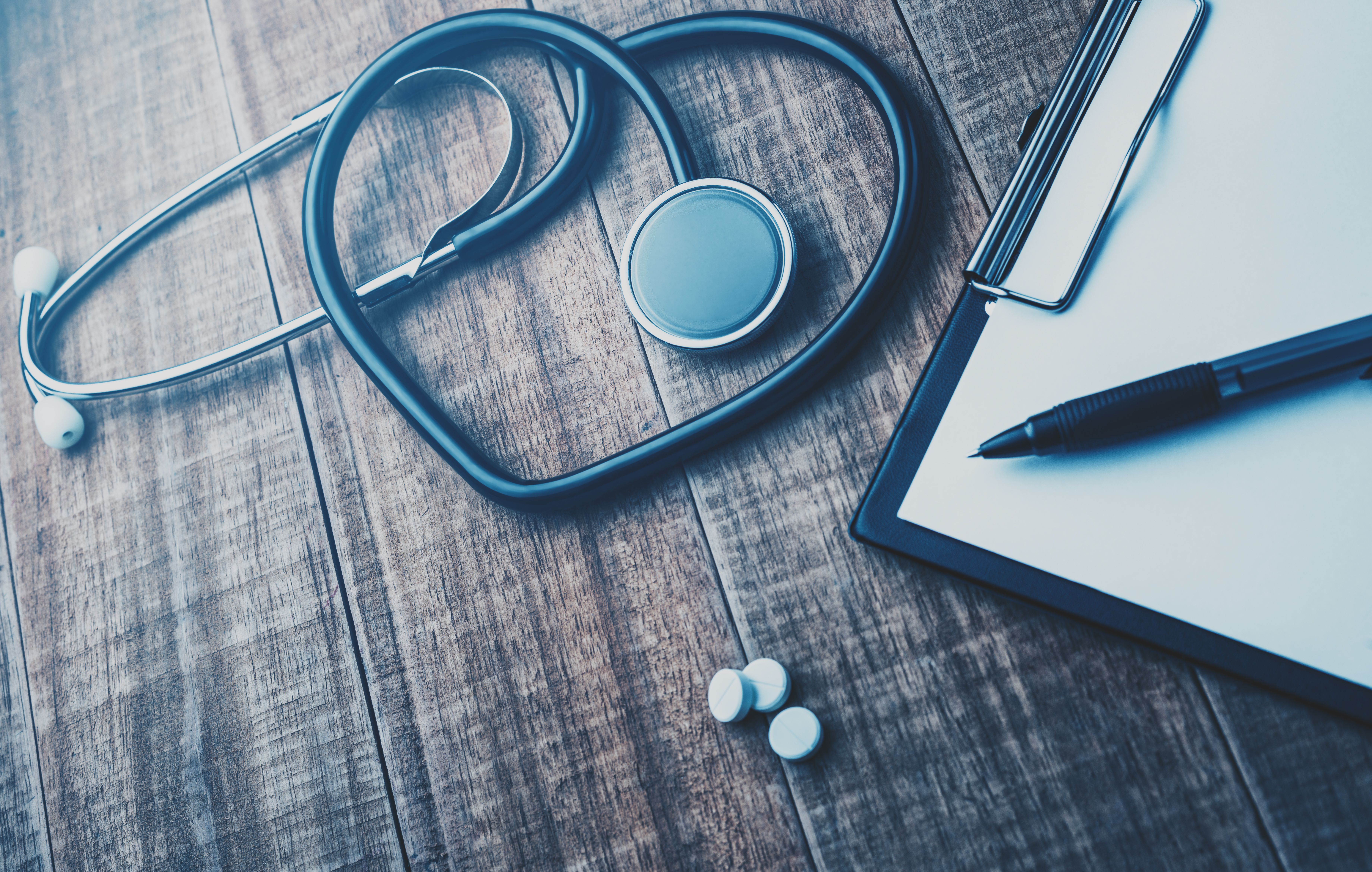 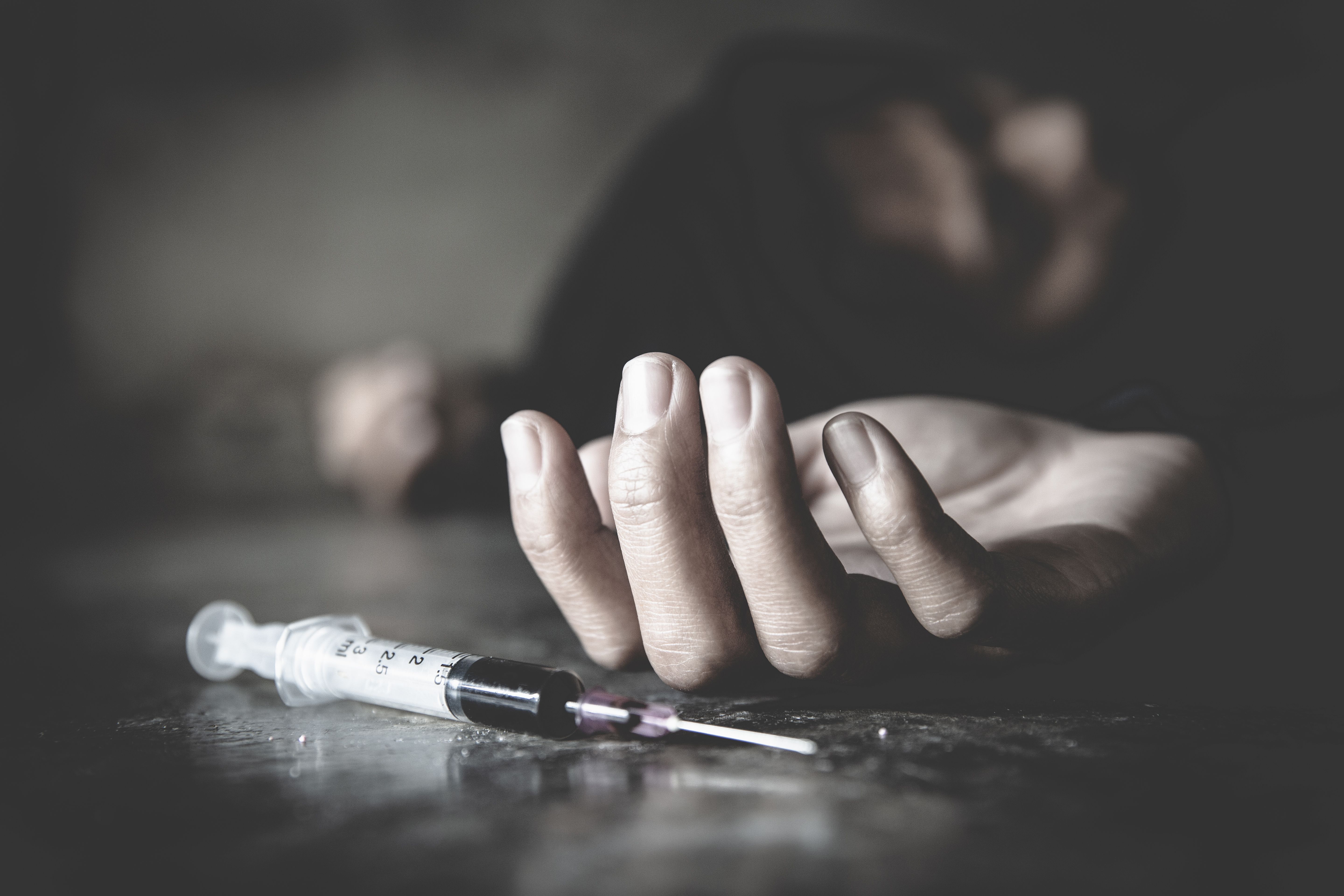