When thinking about recent advances in psychopharmacology, we often point to new molecules with similar mechanisms of action but with better safety and tolerability profiles, or to molecules with novel mechanisms that effect positive change greater than that with existing treatments. 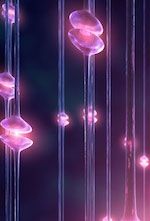 When thinking about recent advances in psychopharmacology, we often point to new molecules with similar mechanisms of action but with better safety and tolerability profiles, or to molecules with novel mechanisms that effect positive change greater than that with existing treatments. We usually focus on disease states, such as major depression or bipolar disorder.

This Special Report does none of that, largely because this can be found both in original studies and in reviews and meta-analyses in a multitude of other publications. Rather, we focus on 3 important, often talked about but rarely reviewed topics of interest that will most certainly pique the interest of any prescriber.

In “Psychopharmacology of Aggression and Violence in Mental Illness,” Drs Jan Volavka and Leslie L. Citrome discuss the different available options for reducing symptoms. In addition, they highlight important comorbidities that can make patients more violent and aggressive, especially the combination of mental illness, substance use disorders, and medication noncompliance. They note that clozapine at an appropriate therapeutic dose has been found to be the optimal choice for patients who accept oral medications.

The topic of suicide risk with and without treatment continues to make headlines, and Drs Maurizio Pompili and Mark J. Goldblatt explore the specific issues in “Suicide Risk and Psychopharmacological Treatment.” They look at the evidence and highlight the use of clozapine in schizophrenia and lithium in bipolar disorder. Finally, they discuss the important and occasionally controversial topic of whether antidepressants increase or decrease suicide risk in various clinical populations.

In “Strategies to Improve Medication Adherence in Youths,” which can be read on www.psychiatrictimes.com, Drs Donald E. Greydanus and Gabriel Kaplan explore issues that are particular to this vulnerable population and discuss approaches that can help young patients stay treatment-adherent. Because psychiatric medications are increasingly being used in pre-teens and teenagers, the question of how to engage our young patients in the treatment process is vital to our understanding of illness progression and long-term outcomes. Treatment adherence directly affects relapse, which, in turn, has an impact on long-term outcomes. When we prevent relapse and patients have fewer episodes of illness, they achieve better outcomes.

There is something to be learned from each of these articles. That in itself makes them valuable and worthy of your interest and your precious time.