The Loman Family’s Lessons for the Young Psychiatrist

After seeing Death of a Salesman on Broadway, I knew I had seen something extraordinary-but it was only after a few days’ separation from the performance when my mind cleared and my emotions settled that I realized 2 of the reasons that made me very appreciative to see this play as a young psychiatrist. 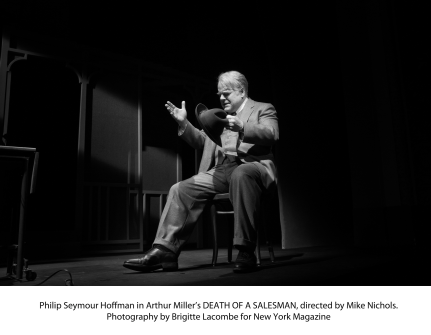 Milton Kramer, MD, closed his lecture to my classmates and me on the use of dream interpretation with the words, “Look to literature to become better, not just to the psychiatric literature, but to literature.” In the moments following this final statement, someone taking my mental status exam would have had to note “ideas of reference” in assessing my thought content. Dr Kramer’s lecture was given just a few hours before I would be attending a performance of the new Broadway production of Death of a Salesman.

Going to see this play was something I looked forward to for several months and one for which I prepared extensively. In addition to revisiting the script of the play, I read articles that examined the play from Freudian, Kohution, and Kernbergian psychoanalytic perspectives. My preparation was not limited to reading but also included stopping almost every one of my Attendings in the hall to ask them their thoughts about Death of a Salesman. I also thought a great deal about whom I would ask to join me at the play.

When my father, himself a psychiatrist, said, “I have seen that play 3 times before and I know that it is the greatest American play ever-but I am not subjecting myself to that misery again,” I remained undeterred in my search for the perfect play companion. Next I asked one of my teaching Attendings-an expert on Freud-to join me, and when she agreed that although her ticket would be free of monetary charge, the cost would be discussing the play with me at intermission and after its completion, I felt that I had struck a very good deal. In high school, I read the play as a nave layman, but when I saw the play on Broadway, I would be going as a psychiatrist, ready to extract out the many psychodynamic layers of the play.

All the preparation was for naught. From the moment Willie Loman (played by Philip Seymour Hoffman) lumbered onto stage with his heavy suitcases until the moment his family stood over his grave, the visceral emotional response I experienced to this performance overwhelmed any intellectual ability to watch and to analyze the play simultaneously. It is so powerfully acted and executed that one cannot help but experience crushing sadness. There is concurrent hope amongst the audience members that things will turn out better than anticipated and knowledge that events will develop just as tragically as always. The audience’s transfixion with the performance is expressed through the hushed tone of intermission and post-play conversations.

Immediately upon rising from my seat, I knew I had seen something extraordinary-but it was only after a few days’ separation from the performance when my mind cleared and my emotions settled that I realized 2 of the reasons that made me very appreciative to see this play as a young psychiatrist.

While admonishing her sons for their lack of consideration for their father’s declining condition, Linda Loman (Linda Emond) says, “A small man can be just as exhausted as a great man,” and, “He’s not the finest character that ever lived.” Although not DSM-IV terminology, it is I believe safe to assume that Linda’s first quote describes her husband’s major depressive episode with psychotic features and her second quote, his narcissistic personality disorder. Linda is not just sending messages to her sons but also to me and to all psychiatrists in training. Nobody, regardless of whether society has deemed them small, great or in between, deserves to have his or her misery ignored. Also, Linda Loman makes clear that just because someone’s pain is primarily self-inflicted-as is the case with Willy-it is still no reason to relegate a patient’s suffering to a lower priority.

Like his mother, Biff Loman (Andrew Garfield) also has lessons for the psychiatry resident. In summarizing his father’s life, Biff shares with the assembled mourners, “He had the wrong dreams. All, all, wrong.” Many patients begin treatment at a time when their dreams seem unachievable. As a trainee, the reflexive response to this may be to help the patient mourn the lost dream or to help them find a way to set out upon its accomplishment anew. Biff reminds the young therapist to first work with patients to determine whether the dreams are indeed correct for them and whether, if achieved, will bring measures of solace that our patients are so desperately seeking to experience.