Helping patients who have significant medical illness as well as mental illness is a challenge, especially when the diagnosis is unclear. Hospital psychiatrists play a critical role in the management of these behaviorally compromised patients. 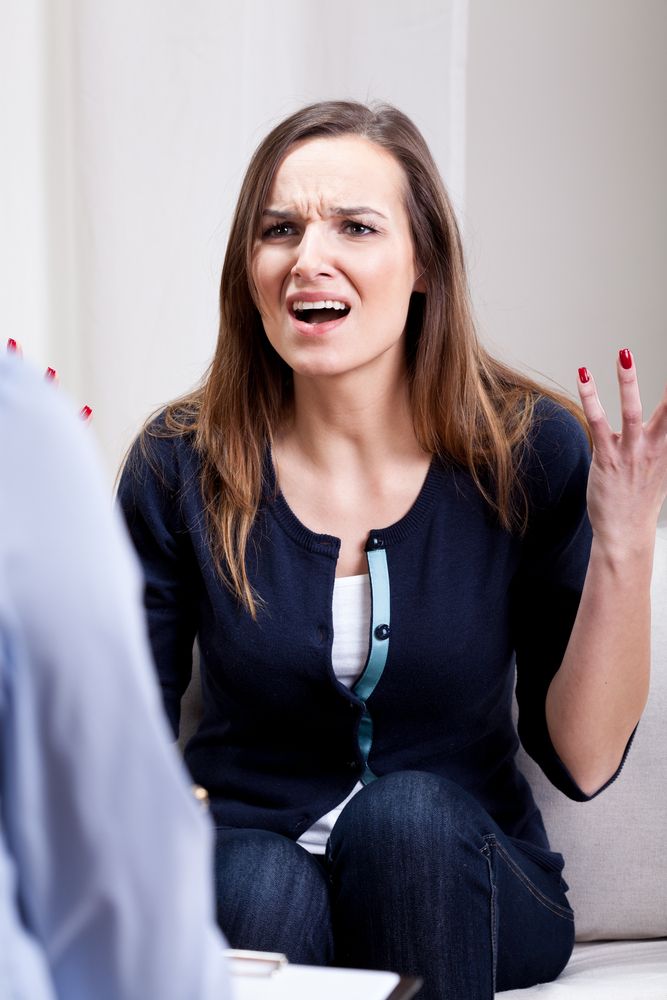 One of the greatest challenges for hospital psychiatrists is helping to treat the patient who has significant medical illness as well as mental illness. This is especially true when the diagnosis is unclear, and the behavioral derangements are the main symptoms of what is likely delirium or other cognitive impairment. Agitation, assaultive behavior, verbal outbursts, and the need for restraint create enough chaos on medical floors to lead to requests or even demands that patients be transferred to psychiatric units. This sometimes occurs even though medical stability has not yet been achieved, and sometimes when the underlying illness would more commonly be dealt with in the general medical hospital were it not for the agitation.

The restrictions on medical interventions frequently come at the insistence of state or local licensing agencies. State inspectors view any sort of tubing or cord as a potential ligature to be used in hanging; the same is true of most types of electric devices that may be manipulated to cause a short-circuit. These well-meaning concerns generally require that patients with intravenous lines or supplementary oxygen or even with an indwelling catheter be maintained on close observation (often 1:1), which causes significant staffing problems. Other medical issues arise because of local hospital policies-nurses on psychiatric units are often not certified to administer certain forms of treatments (eg, chemotherapy or blood transfusions). Either nurses are brought in with the needed certifications, or the patient is moved back to a medical unit.

Moreover, the carved-out nature of behavioral health under many health insurance plans can also create problems. Behavioral health reviewers are often unwilling to authorize care on psychiatric units when the patient is not considered “medically stable” or if it appears that the chief reason for a transfer to a psychiatric unit is related to placement rather than a need for further acute treatment. This is particularly true with certain illnesses such as dementia, traumatic brain injury, autism spectrum disorder, and intellectual disability.

Complex patients in the general hospital with significant agitation require close and frequent follow-up care by the consulting psychiatric team, collaboration with the primary service, and frequent adjustment of medications. There are times when transfer to a psychiatric unit is considered. When it is required, it is generally for 1 of 3 reasons:

2 There is too much agitation or unpredictability, which poses a risk to self or others

• Resources will be diverted from providing care to providing placement

• Insurers will withdraw funding, threatening the financial viability of the psychiatric unit

In the emergency department, or even when referral is considered from an outpatient clinic, patients with symptoms suggestive of a need for psychiatric hospitalization require assessment for appropriateness of setting. In general, if there is a clear mental illness, with no significant medical comorbidities, and there is a degree of impairment, the question concerns whether the patient is willing to be admitted or meets state involuntary commitment standards.

This assessment is done by individuals with various types of training, but generally occurs with the input of a physician-either emergency medicine or psychiatry-with the assistance of behavioral health support from social workers or case managers. Local standards and insurers often determine what happens next, but patient placement in an available psychiatric bed is usual.

Problems arise when there are significant medical comorbidities, perhaps causally related to the presenting psychiatric symptom. Very often such individuals engender discussion by a variety of services, with differing outcomes. Common situations include:

• Dementia with worsening agitation or confusion

• Substance use disorders with complicated intoxication or withdrawal

• Delirium of unknown cause

General medical staff may feel inadequately trained to provide comprehensive medical care for these patients. Nursing staff on general floors often feel they lack the skill set to handle psychotic, demanding, or profoundly depressed patients. On the other hand, psychiatric unit staff are reluctant to take on patients who require more medical interventions than they can deliver, or if staff perceive the transfer as simply shifting responsibility for a difficult discharge (need for nursing home care or long-term placement). Both medical and psychiatric staff feel the pressure of third-party payers to shorten the duration of inpatient stay as well as the risk of non-payment when there is perceived lack of meaningful further care, despite the absence of a safe discharge plan (Table 2).

Transfer to a psychiatric unit poses 2 additional problems: targeting and consent. When there is a concern that the patient will never recover sufficiently to return to the community and instead needs placement in a skilled nursing facility, psychiatric hospitalization can make the patient a “target” of the gatekeepers for funding of nursing-home admission. At the time of the founding of Medicare and Medicaid, there was a concern that states, which traditionally provided custodial care for individuals with mental illness, might try to shift the responsibility to the federal government by moving patients to nursing homes. Each state has a mechanism to target patients with a history of psychiatric hospitalization for additional review before authorizing payment for a nursing home, which can unnecessarily extend the duration of inpatient stay.

Patients admitted to general medical floors consent to such treatment or have consent provided by a substitute (generally next-of-kin). However, most jurisdictions require new patient consent upon transfer to a psychiatric unit, and in these cases, consent by next-of-kin, even a guardian, rarely is sufficient. This triggers a need for involuntary civil commitment proceedings, and the standard required is not always met. In particular, when the patient is agreeable to staying on a medical floor and refuses transfer to a psychiatric unit, courts may decline to force a move. Each jurisdiction has its own criteria for commitment, but the principle of least restrictive treatment applies. If the criterion for commitment is inability to care for self, and the patient agrees to be cared for in a general hospital, the criterion disappears.

The decision to admit to a psychiatric unit or a medical unit has many implications for patient care. Psychiatric units differ in the degree to which they can handle medical problems, and medical floors are uneven in their response to the challenges posed by behaviorally impaired individuals. Multiple other parties-legal, funding, and jurisdiction-are affected by the locus of care. Moreover, when making treatment decisions, one must be aware of the specifics of the system within which one is working.

The hospital psychiatrist can play a crucial role in the management of the behaviorally compromised medical patient/medically complicated psychiatric patient. Where such patients belong is far from settled and must be reassessed often. It is important to consider the capabilities and limitations of both medical and psychiatric units as well as legal and insurance mandates-always keeping in mind what is most likely to achieve the best patient outcomes.