Speed of Response to ECT

The overall effectiveness of electroconvulsive therapy (ECT) is well known, but its speed of action is much less talked about. Here I review what is known about the time course of action of ECT in depression. 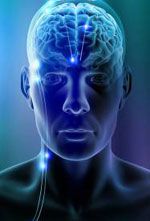 The overall effectiveness of electroconvulsive therapy (ECT) is well known, but its speed of action is much less talked about. Here I review what is known about the time course of action of ECT in depression.

Most patients who are referred for ECT have been ill with severe mood disorders for many months, some even for years. Typically, they have tried several antidepressant medications alone and in combination with mood stabilizers, antipsychotics, and antianxiety medications. By the time they are referred for ECT, many patients are desperate to get well and to do so quickly. For such patients, the predictably fast response to ECT is a godsend.

There is ample evidence that demonstrates the typical time course to respond to ECT.1-4 Most commonly, the Hamilton Rating Scale for Depression (HAM-D) is used to track symptom severity. We know that depressed patients often begin to respond after the first treatment and progress to wellness with 6 to 12 treatments. There is considerable variability in the trajectories, but most commonly there is progressive symptomatic improvement within the first week and complete remission within 3 to 4 weeks.

Interestingly, there is a pattern to the symptoms that improve first: so-called objective symptoms, eg, appetite, sleep, energy, and involvement in activities, lead the way. Improvement in subjective symptoms, such as mood, sense of self-esteem, and guilt, lags behind. This is the reason for the clinical wisdom that early in the treatment for a mood disorder (with medications as well as with ECT), a previously suicidal but anergic patient runs the risk of acting on his or her suicidal impulses. Luckily, there is also evidence that ECT quite rapidly relieves suicidal intent.5 Still, it is prudent to very carefully monitor suicidal ideas and intent throughout the course of treatment.

In a recent large study carried out by the Consortium for Research in ECT (CORE), Husain and colleagues3 reported that 34% of 253 patients achieved remission (HAM-D score of 10) at or before the 6th session with ECT (within 2 weeks) and 65% achieved remission at or before the 10th session (within 3 to 4 weeks). More than half (54%) had an initial first response (decrease of 50% in HAM-D score) by session 3. Furthermore, 19% of the seriously ill cohort in this study (baseline HAM-D score of approximately 35) experienced remission with 4 or fewer ECT sessions.

Earlier studies found similar evidence for quick response to ECT.1,2 Kho and associates4 conducted a retrospective chart review of 57 patients with major depression who received ECT. Patients who responded early in a course of ECT had a greater likelihood of ultimately achieving remission. The investigators also reported that high initial HAM-D scores predicted increased speed of response. This is an interesting observation that is consistent with other reports that more severely ill patients respond better to ECT. At least 2 reports suggest that younger age is associated with faster response.1,2

The first ECT in a series is particularly powerful. Data from the CORE study that compared right unilateral, bifrontal, and bilateral electrode placements showed that there was a 10.6 (± 8.6) HAM-D point reduction, on average, after the first ECT session (R Knapp, study statistician, personal communication, 2009). This reduction in symptoms after a single ECT session represented approximately 48% of the ultimate total decline in HAM-D scores for the full course of ECT. Symptom improvement after 1 treatment was similar for all 3 electrode placements.

There is a small but fascinating literature reporting remission of depression with a single ECT session. Keisling6 reported an initially unidentified catatonic woman who came out of her stupor after 1 ECT session. Reports of the response of catatonia to 1 induced seizure are noted by Fink and Taylor.7,8 Rich9 reported that 2 patients had depression symptom remission. The patients’ dexamethasone suppression test (DST) results normalized after a single ECT session. Thomas and Kellner10 reported remission of severe obsessive-compulsive disorder and depression symptoms after a single unilateral session of low-dose ECT.

Although unusual, these cases underscore the potentially special efficacy of the first ECT session. Unfortunately, patients who have considerable symptom improvement after the first ECT session and who would be expected to do very well, never look as good as they did after that first treatment. The reasons underlying such a trajectory of symptom persistence are not yet understood.

Speed of response and mechanism of ECT action

What does the speed of response tell us about the mechanisms of action of ECT? Clearly, in certain patients, the neurobiological changes induced by ECT include almost immediate alterations in brain systems that regulate mood and affect. Perhaps a “switch” mechanism (similar to that seen in bipolar patients) occurs; however, there is no evidence to suggest that very rapid improvement with ECT is associated with bipolar rather than unipolar depression. There is evidence to demonstrate that, overall, bipolar patients require fewer ECT sessions than unipolar patients.11 Investigation of the rapid antidepressant action of the intravenous anesthetic ketamine may lead to elucidation of related mechanisms of recovery from severe affective illness.12

Longer-term changes, such as synaptogenesis and neuronal regeneration, may also occur and contribute to the antidepressant and antipsychotic effects of ECT. The discovery of reliable biomarkers for ECT response would be a boon-both in furthering our understanding of mechanisms of action and in our ability to determine when an individual patient has had an adequate course of ECT. To date, the closest the field has come to such a biomarker is the DST.13 The circumstances of the rise and fall of DST in popularity have been well chronicled.14 Biomarker discovery in relation to ECT response and nonresponse remains a crucial area of investigation.

The clinical implications of ECT’s rapid effectiveness are clear. When a patient is urgently ill (eg, suicidal, catatonic, malnourished), this feature of the treatment may be lifesaving. Antidepressant medication may be ineffective and/or have a considerably longer lag time before symptom improvement than ECT.

Sometimes the rapid effectiveness of ECT may be used to help a patient and family with an important but nonmedically critical situation. My colleagues and I recently reported the case of a middle-aged woman with severe, recurrent depression whose family desperately wanted her to be well in time for her daughter’s wedding.15 The family contacted our ECT service only days before the scheduled wedding date. The patient was quickly readied for her first ECT, which was given the day before the wedding. The patient had a very considerable improvement after that first ECT session and was able to attend and enjoy her daughter’s wedding.

While not a typical scenario for taking advantage of the rapid action of ECT, it does underscore that our primary responsibility as physicians is to help relieve patients’ physical and psychological suffering. To that end, it is important to ensure that ECT is not relegated to the bottom of our treatment algorithms-the last resort option-while patients try sequential trials of antidepressant medications that may be less effective and slower- acting than ECT.

Shapira B, Lerer B. Speed of response to bilateral ECT: an examination of possible predictors in two controlled trials.

Kho KH, Blansjaar BA, Vothknecht S, et al. A study into predictors for the speed of response to electroconvulsive therapy.

Keisling R. Successful treatment of an unidentified patient with one ECT.

Catatonia: A Clinician’s Guide to Diagnosis and Treatment.

Rich CL. Recovery from depression after one ECT.

Fink M. Should the dexamethasone suppression test be resurrected?