“My ideal for the book was a kind of prism: If you look at the same questions from different angles, the answers will subtly change.”

Many are familiar with Rachel Aviv’s work from The New Yorker, where she has presented complex portraits of individuals living with mental illness for many years. Her first book, Strangers to Ourselves: Unsettled Minds and the Stories That Make Us, continues her outstanding legacy of examining the complexity of mental illness as it is actually lived. 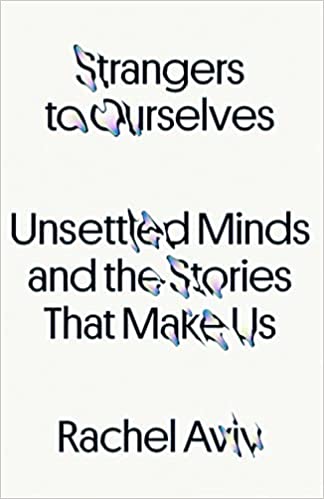 Strangers to Ourselves: Unsettled Minds and the Stories That Make Us by Rachel Aviv

She demonstrates the occasionally compassionate and often heartbreaking way society responds to the severely and persistently mentally ill. Psychiatrists may find that Strangers to Ourselves may be more relevant to understanding the lives of our patients than even the most “important” journal articles from recent years.

Aviv recently discussed Strangers to Ourselves in an interview via Zoom with Howard L. Forman, MD, Book Review editor at Psychiatric TimesTM.

Howard L. Forman, MD: What would you want psychiatrists reading your book to take away from it?

Rachel Aviv: When I was thinking about the structure of the book, I became aware that a reader might finish 1 chapter and come away with a particular idea about the questions posed by the writing. But then the next chapter complicates or challenges those same ideas. My ideal for the book was a kind of prism: If you look at the same questions from different angles, the answers will subtly change.

Understanding what works for 1 person requires so much understanding of the individual’s life and community. The treatment method or approach that feels healing for 1 person may not feel that way for another. Sometimes people make sense of their condition in ways that are not scientifically correct, but can and do bring their lives a sense of meaning and stability. I think the structure of the book expresses that there is not 1 single explanation, which means there is even more need for humility.

HLF: You consider Ray Osheroff, MD, and his lawsuit against Chestnut Lodge. The way that that story is taught to us, as psychiatrists, is that there was this terrible psychiatric hospital that denied him medications, and then there was a psychiatric hospital that gave him medications, and he went on to live a phenomenal life. You add some complexity to the story by following what happens when he gets discharged up until his death decades later.

RA: Yeah, I mean, I was so surprised because I had also entered into the story having absorbed the same kind of like outline of his life, just as you described. To dismiss Chestnut Lodge as a terrible hospital because it failed this 1 patient is to miss so many amazing, almost utopian ideals that were circulating there: the idea that no patient, however sick, was beyond understanding or empathy. I loved the way that Frieda Fromm-Reichmann, MD, who was described as the kind of “queen of Chestnut Lodge,” described how loneliness had been undertheorized in psychiatry and how it lay at the core of most mental illnesses.

When the story of Osheroff is told in textbooks, it stops 35 years early: He really never recovered. He was an extremely difficult man who spent his life trying to get revenge on the lodge and the analysts whom he felt had deprived him of the life and the status that he felt was owed to him. I ended up feeling that the Chestnut Lodge psychiatrists really had a point: He would have benefited from thinking deeply about how he interacted with people in the world and how he had constructed his sense of self. The medication did get rid of the acute depression—it worked amazingly well for that—but all the other problems persisted for the rest of his life.

HLF: Treatment over objection, thereby forcing an individual to get treatment, I think, is probably one of the mostethically and morally challenging positions that psychiatrists are placed in. You write about 1 individual, Bapu. She may have had schizophrenia, or, alternatively, maybe she had a connection to the divine. What is your opinion on how to approach this conundrum?

Bapu was a Brahmin mother in a household in Chennai in the 1960s who fled her home, where she felt oppressed by expectations of how she should behave as a mother and a wife. She wrote incredible poetry about her relationship with the divine that was celebrated by scholars and by her community. And then, she would be captured and taken to psychiatric hospitals by force, but she completely rejected the idea that she was mentally ill.

Toward the end of her life, though, shefound a space where she could take the medications, but she was still accepted as someone who had a different relationship with spirituality and was honored for that relationship. The medications really helped her, but at the same time, she wasn’t stripped of her beliefs about her place in her community—she didn’t have to sever contact with the parts of her life that gave her a sense of purpose and meaning. She didn’t have to make a choice between these 2 different explanatory systems.

HLF: An additional layer of complexity to treatment is that while the psychiatric workforce is diverse, it is certainly not nearly diverse as the population of individuals we serve.

RA: In the book, I write about 2 people who occupy almost opposite positions. Laura is this very wealthy, privilegedwoman from Greenwich, Connecticut, who went to Harvard and came to her psychiatrist with complaints about depression and anxiety. She was prescribed more and more medications, which she saw as these kinds of precision instruments that would target whatever was wrong with her. To be told that the problem was biological felt very liberating for her—it took away the sense of blame.

There’s another chapter where we see almost the inverse of that: Naomi grew up in poverty, witnessed a lot of death and violence, experienced racial discrimination, and her family was split apart by child-protective agencies. When she came to see psychiatrists and was told that she was suffering because she had bipolar disorder, it didn’t feel liberating, as it had for Laura. It felt invalidating. It diminished all these very real stressors—and her interpretations of them—that had pushed her to the brink.

Dr Forman is an attending psychiatrist at Montefiore Medical Center. He is the Book Review editor at Psychiatric TimesTM.