At three breaths before death a blue latex hand pulls out a trach tube, a blade skims over the zipped up hole, and droplets of blood are sucked into skin... 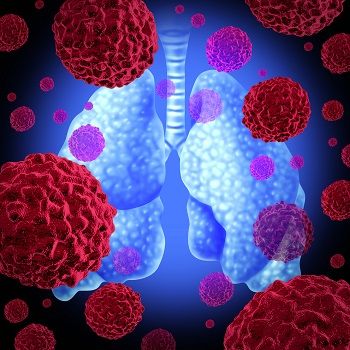 At three breaths before death

a blue latex hand pulls out a trach tube,

a blade skims over the zipped up hole,

and droplets of blood are sucked into skin.

The patient exhales, rises from bed and walks backwards,

out of the hospital into a car rolling

in reverse, smoke puffing from his mouth

in little clouds, each puff pulled into

the burning red tip of a white cigarette

which grows longer and longer before

he packs them one by one into a box,

the boxes arranged into cartons, cartons

into crates, men carting them

in Carolina and Kentucky where paper

through blades and comes out whole,

the leaves returned to barns where

they hang sweet and moist in the hot

as summer cools to spring

until all that remains are a thousand

And the man who made the clouds

becomes younger with each puff,

brightening from yellow to white,

the red gristle of tumor and blood

vessels shrinking from a mass

to a little lump, a few wild cells,

to a broken strand of DNA.

His hand reaches up to his face

over and over again, as if

he is blowing a million kisses,

and the lines in his face soften,

his hair grows in gray, changes

to brown, and he becomes younger

and younger until the smoking stops.

In the last scene he is three,

in a cul-de-sac where houses

are dismantled from roof to basement,

and their foundation holes are filled

with earth. And the subdivision

becomes a tobacco field, the rich

brown dirt warming in the spring

sun, his mother cradling her child

in her arms, the future as bright

as the gleam in their eyes.

Articles in this issue
Psychogenic Non-Epileptic Seizures: Clinical Issues for Psychiatrists
Update on Medical Catatonia: Highlight on Delirium
Depression and Anxiety Disorders in Patients With Cancer
THE QUIZ: Headaches
Your Money or Your Life: A Reflection on the Health Care Industry
“This House Believes That the Concept of Culture Has Outlived Its Usefulness for Psychiatry”: What...??
Burden, Belonging, and Capability: An Interpersonal View of Military Suicides
Westworld: Hell Hath No Limits
Perinatal Psychiatry: Where Psychoanalytic Theory, Neuroscience, and Integrated Clinical Psychiatry Meet
Sound of Silence
Maintenance of Certification
Neuroanatomy and the 21st Century Psychiatrist
Sexual Dysfunction: The Role of Clinical Psychiatry
Lung Cancer in Reverse Times-Lapse Photography
Dignity in a Handshake
Related Videos
Related Content