Serotonin or Not, Antidepressants Work 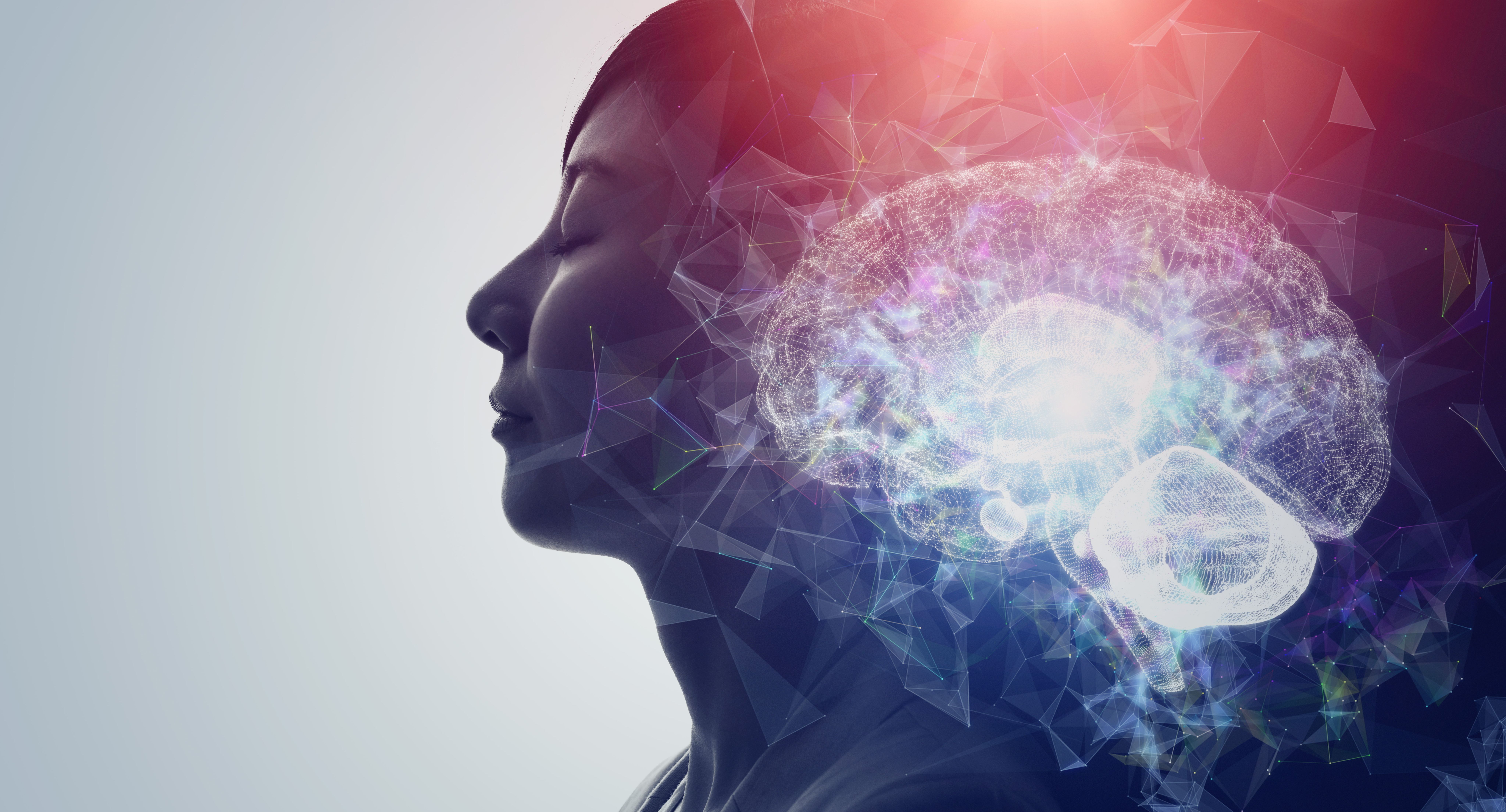 Imagine that you, as a physician, just saw this headline splashed all over the internet: “Depression Probably Not Caused by Excessive Black Bile.” It was followed by a long discourse on how an imbalance in the 4 bodily humors is not responsible for mood disorders. You might scratch your head and wonder why anyone in 2022 would be bothering to refute the Galenic-medieval humoral theory.

As senior academic psychiatrists and psychopharmacologists, we reacted with similar puzzlement to a recent umbrella review and follow-up article by researchers in the United Kingdom.1,2 The review, by Moncrieff et al and published in Molecular Psychiatry (henceforth, “the review”), argued that there is “no support for the hypothesis that depression is caused by lowered serotonin activity or concentrations” and that “the serotonin theory of depression is not empirically substantiated.”

Two of the review authors published a follow-up article, “Depression is probably not caused by a chemical imbalance in the brain – new study.”2 This article’s data went well beyond those of the original review, claiming (inaccurately, in our view) that “antidepressants appear to have a generalized emotion-numbing effect”; that it is “impossible to say that taking selective serotonin reuptake inhibitor [SSRI] antidepressants is worthwhile”; and that “it is not clear that SSRIs do more good than harm.”2

We suspect that the review authors sincerely believed they were publishing something extraordinarily newsworthy or controversial. The credulous popular media certainly thought so, and, predictably, antipsychiatry groups were quick to pounce on the UK group’s findings. Headlines all over the internet trumpeted variations of “Study says depression not caused by chemical imbalance, raising questions about antidepressants.”3 Media coverage of the review quickly morphed from discussion of serotonin into doubts about the value, efficacy, and safety of antidepressants, with many in the general public voicing alarm or heaping scorn on psychiatry,4 with a few notable exceptions.5

Table 1. 7 Ways the Review1 and Its Conclusions Are Amiss

Such public consternation was completely understandable. In our view, the credulous, media-driven narrative generated by the review and the follow-up article amounts to well-worn rhetoric—and the review itself is little more than old wine in new bottles. Furthermore, we find at least 7 serious problems with the review’s claims (Table 1), each of which undermine the review’s thesis, as we will elaborate.

1. Despite claims to the contrary,6 there has never been a full-blown theory of depression proposed by a monolithic entity called “psychiatry,” asserting that depression is directly caused by abnormal levels of 1 or more neurotransmitters.7,8 In fact, numerous statements from psychiatrists and researchers dating back to the 1960s include reasoning on why this is not likely. For example, pioneering psychiatrist Joseph J. Schildkraut, MD, and neuroscientist Seymour S. Kety, MD, explained this idea in 1967.9

It should be emphasized…that the demonstration of…[a catecholamine] abnormality would not necessarily imply a genetic or constitutional, rather than an environmental or psychological, etiology of depression…It is equally conceivable that early experiences of the infant or child may cause enduring biochemical changes and that these may predispose some individuals to depressions in adulthood…[and] any comprehensive formulation of the physiology of affective state will have to include many other concomitant biochemical, physiological, and psychological factors.

Indeed, a detailed review by one of us (GD) found no references to a “chemical imbalance theory” of mental illness in any standard psychopharmacology textbook or peer-reviewed psychopharmacology literature over the past 30 years. The conflation of monoaminergic, catecholaminergic, or indoleaminergic hypotheses of depression with a so-called chemical imbalance theory of mood disorders is inaccurate.

2. Psychiatrists have known for decades that the etiology of depression and other mood disorders cannot be explained solely in terms of a single neurotransmitter—whether serotonin, norepinephrine, or some other biogenic amine. For more than 40 years, the operative paradigm in academic psychiatry has been the biopsychosocial model10—which was articulated in rudimentary form by Schildkraut and Kety themselves, in the very passage quoted previously. Furthermore, in the period of 1990 to 2010, psychiatrists and neuroscientists proposed at least 17 other hypotheses regarding depression, with 8 additional ideas since then.11

3. The complexity of serotonergic systems and signaling in the brain is not captured in the review. Other detailed recent reviews suggest that the early serotonin studies did not capture the complexity of the 5-HT system and should be viewed as merely preliminary sampling of a very small part of the universe of serotonin-related hypotheses. Recent work in this area reveals that although serotonin systems are now much better characterized, additional work needs to be done.12 The review’s claim that psychiatric research on serotonin has yielded no useful information—and that this whole area of research should be brought to a close—does not accurately reflect the current scientific research program.

On the contrary, more recent integrated theories—those that incorporate the significance of 5-HT systems with other depression hypotheses—are under active development. Several research groups are using multiomics approaches, in which the data sets are multiple omes, such as the genome, the proteome, and the transcriptome. Approaches that examine serotonin and its metabolites have been used by some research groups to predict antidepressant response and have been internally replicated.13 A recent review of 50 studies of the metabolomics of major depression concluded that several metabolites are altered in major depression, including kynurenine— a tryptophan metabolite thought to be a key mediator of psychiatric illness that interfaces with the immune and mood systems.14 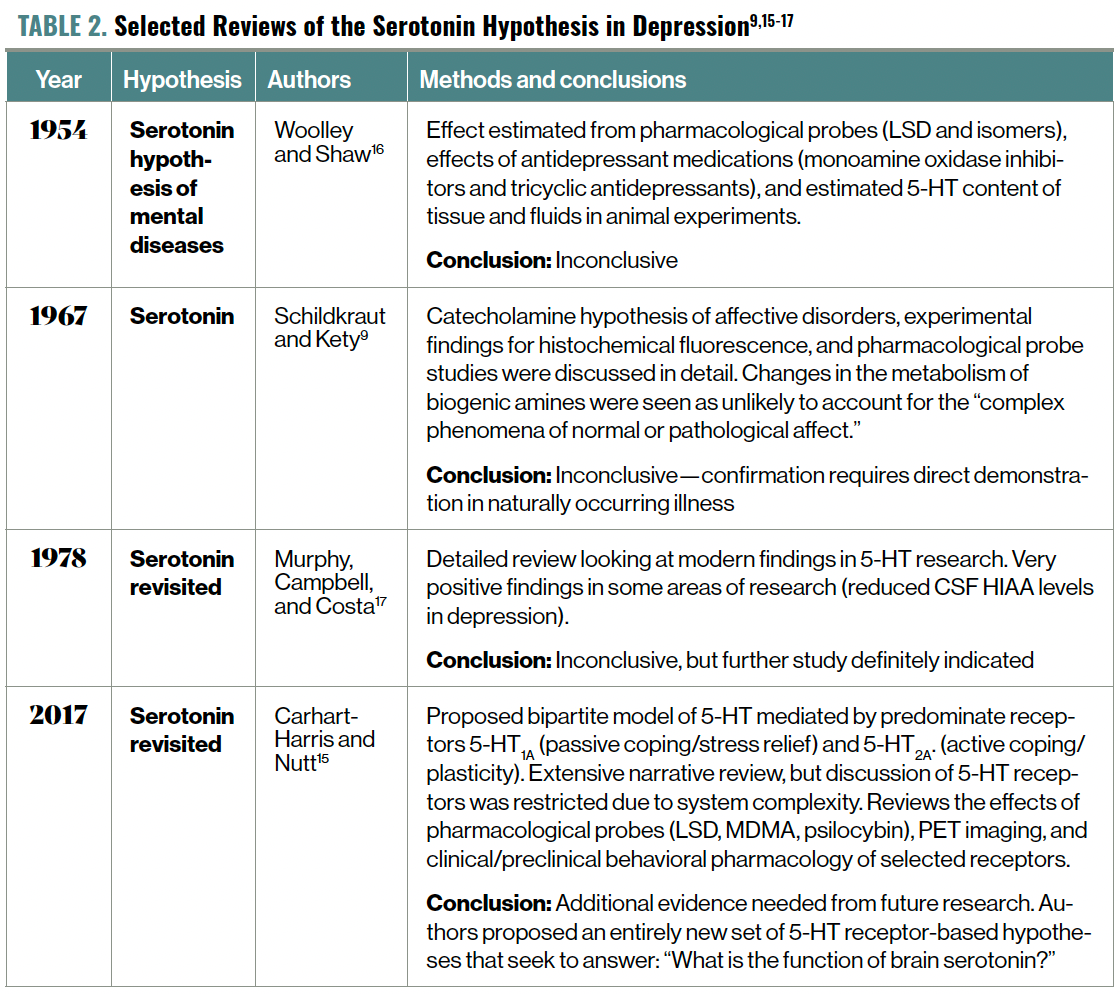 Table 2. Selected Reviews of the Serotonin Hypothesis in Depression9,15-17

4. Information in the review was hardly news to psychiatrists. As shown in Table 2,9,15-17 at least 4 investigations of the 5-HT hypothesis found inconclusive or inconsistent evidence. The most recent review (2017) concluded that additional evidence was needed to support the model and resolve inconsistencies. These authors also proposed several new 5-HT receptor-based hypotheses.15

5. The brain contains about 50 to 100 neurotransmitters.18 Hypotheses regarding depression have extended far beyond serotonin—indeed, far beyond biogenic amines. The review is focused narrowly on serotonin and does not address other small molecule or neuropeptide neurotransmitters that may figure in antidepressant action.19 Furthermore, the review does not address effective nonserotonergic antidepressants like bupropion20 or antidepressants like vortioxetine, which have very complex serotonergic effects.21

6. In the area of drug development, there has been active debate about whether a specific mechanism of action and/or drug target is necessary for a medication to be approved. Many medications like aspirin, acetaminophen, and digoxin were used for decades before a putative mechanism was identified. One of us (GD) recently reviewed the package inserts of drugs that were FDA approved as disease-modifying drugs for multiple sclerosis.22 Eighteen drugs have been approved since 1993, yet the mechanism of action for 17 of the 18 medications is listed as unknown.

Although the topic is beyond the scope of this commentary, there is convincing evidence that most antidepressants are safe and at least modestly effective in the acute treatment of moderate to severe major depressive episodes.24-26

As several neuroscientists and researchers pointed out in response to the review, the role of serotonin in mood disorders is by no means settled science, and there may well be some role for this neurotransmitter in some types of depression, which is almost certainly a heterogeneous group of disorders.27 That heterogeneity complicates efforts to identify consistent biomarkers of psychiatric illnesses, including major depressive disorder.

Although there have been some critiques of the review, psychiatrist and researcher Michael Bloomfield, MD, states the issues particularly well27:

I don’t think I’ve met any serious scientists or psychiatrists who think that all [cases] of depression are caused by a simple chemical imbalance in serotonin. What remains possible is that for some people with certain types of depression… changes in the serotonin system may be contributing to their symptoms. The problem with the review [by Moncrieff et al] is that…it has lumped together depression as if it is a single disorder, which from a biological perspective does not make any sense.

Most importantly, the review does not in any way impugn the overall safety and effectiveness of serotonergic antidepressants in the acute treatment of moderate-to-severe major depression. That said, we believe that antidepressant treatment should be undertaken conservatively, monitored closely, and regarded as only a single component of a comprehensive, biopsychosocial approach to depression, generally including talk therapy. As such, patients should be educated regarding all 3 components of mood disorders: biological, psychological, and sociocultural.

Compared with treatment of an acute major depressive episode, long-term use of antidepressants (eg, over several years) presents a more complicated picture with a thinner evidence base, and this merits a careful risk/benefit discussion with patients.28 Similarly, particular care must be taken in discontinuing long-term antidepressant use.29

Finally, the risk/benefit discussion concerning antidepressants (and other biological treatments in psychiatry) should be approached in the same way as the physician would approach any other serious medical intervention.

Depression is a complex, heterogeneous disorder with biological, psychological, and sociocultural determinants and risk factors. Very few—if any—US psychopharmacologists and academic psychiatrists have ever endorsed a sweeping chemical imbalance theory of mood disorders. Historically, psychiatrists have never explained clinical depression solely in terms of reduced serotonin or any specific neurotransmitter. Many drugs in clinical medicine work through unknown or multiple mechanisms, as SSRIs do, and this does not affect their safety, efficacy, or approval for medical use. Results of placebo-controlled studies offer ample evidence that serotonergic antidepressants are safe and effective in the treatment of acute major depressive episodes. If serotonergic agents are not helpful, antidepressants from other classes (eg, noradrenergic/dopaminergic agents) may be considered.

Finally—and perhaps most importantly—we hope that patients and clinicians are not deterred from the use of antidepressants by the review, or by the fact that SSRIs’ mechanism of action is complex and not completely understood.

4. McIntosh AM, Lewis C. Depression: low serotonin may not be the cause – but antidepressants still work. The Conversation. July 22, 2022. Accessed August 2, 2022. https://theconversation.com/depression-low-serotonin-may-not-be-the-cause-but-antidepressants-still-work-187477

6. Ang B, Horowitz M, Moncrieff, J. Is the chemical imbalance an ‘urban legend’? An exploration of the status of the serotonin theory of depression in the academic literature. SSM – Mental Health. 2022;2:100098.