Sorting Out the Antidepressant “Withdrawal” Controversy 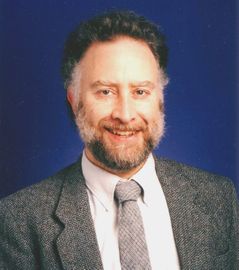 With a combined 70+ years of clinical experience, the authors discuss scenarios that represent two possible outcomes of discontinuing serotonergic antidepressants.

Consider the following vignettes and what they might teach us regarding so-called “antidepressant withdrawal.”

Mr A is a 40-year-old technician who has a diagnosis of MDD. He has been successfully treated with supportive therapy and 75-mg sertraline daily for the past 9 months. He has been in full remission for the past 6 months and asks his psychiatrist about “getting off the meds.” Since this is Mr A’s first episode of MDD, he and his psychiatrist decide that a cautious trial off the sertraline is reasonable.

The dose is reduced to 50 mg daily for 2 weeks; then 25 mg daily for 2 weeks; then 12.5 mg daily (1/2 of a scored 25-mg tablet) for 2 weeks. The patient is seen twice during this period and monitored carefully for any discomfort. Mr A tolerates the taper well, although he does report some mild nausea, occasional headaches, and hypersensitivity to sound, on 12.5 mg daily. Accordingly, the tapering is extended another 2 weeks (for a total of 8 weeks). The medication is then discontinued without difficulty.

Ms B is a 30-year-old financial manager with a history of three episodes of severe MDD over the past 10 years. She has been stable and doing well on paroxetine (60 mg/d) for the past 3 years, prescribed by her family physician, and is now strongly considering having a child. After discussing the risks of continuing an antidepressant during pregnancy, she and her doctor decide to discontinue the paroxetine. The dose is decreased to 40 mg daily for 2 weeks; then 20 mg daily for 1 week; then discontinued. During the first 2 weeks, the patient complains of occasional mild nausea, occasional abdominal cramping, and mild dizziness. However, Ms B is determined to “push ahead” with the tapering process and the schedule is maintained. On 20 mg daily, the patient reports no new or bothersome symptoms, and the paroxetine is stopped after a week.

Within 3 days, the patient calls her physician and complains of intense anxiety, insomnia, restless legs, diarrhea, dizziness, and what she describes as “brain zaps” (“like an electric shock to my head”). The paroxetine is immediately re-started at 20 mg daily, and the patient’s symptoms abated slowly over the next month.

These two vignettes-based on many patients we have encountered over a combined 70+ years of clinical experience-represent two possible outcomes of discontinuing serotonergic antidepressants (SSRIs and SNRIs). In our experience, the first scenario is far more common, and represents sound medical management of the tapering process. The second scenario is not one we have seen in our practice but is commonly reported among the “layperson withdrawal community.”1 Anecdotal reports of the second type-some with much worse outcomes-have led to extreme claims in the lay media that SSRIs and SNRIs are addictive, and ought to be grouped with known drugs of abuse.2 One website run by a psychiatrist (who will not prescribe antidepressants) declares that these medications “. . . are habit forming, so withdrawal can be excruciating.”3

While we do not deny that severe reactions can and do occur when antidepressants are stopped suddenly (or the dose reduced too rapidly), we also believe that fears of such “excruciating” experiences are greatly overstated, in the context of proper psychiatric care. At the same time, we acknowledge that many “prescribers” of antidepressants-nearly 80% of whom are primary care physicians-discontinue antidepressants much too rapidly.4 Moreover, as critics of these drugs rightly point out, it is very hard to find detailed, professionally approved guidelines for tapering and discontinuation of antidepressants.1

What do we know about antidepressant withdrawal syndromes?

1 SSRI discontinuation can lead to a wide variety of systemic and neuropsychiatric manifestations, including but not limited to flu-like symptoms; cardiovascular, gastrointestinal, and musculoskeletal complaints; worsening of mood, exacerbation of anxiety, perceptual abnormalities; and insomnia/nightmares.

3 The actual incidence of SSRI discontinuation symptoms is difficult to ascertain, because they are not systematically assessed in clinical practice; however, Fava and colleagues6 found that up to 40% of patients reported new-onset of untoward symptoms after abrupt discontinuation of SSRIs (note the key term: abrupt).

4 For more than 60% of patients, SSRI discontinuation will not be associated with any significant symptoms. When present, symptoms range from mild to moderate-to-severe in intensity and, in some cases, may affect multiple organ systems.

5 Paroxetine has a short half-life (approximately 21-24 h), has the highest rates of discontinuation symptoms, compared with other SSRIs.7 Paroxetine is also moderately anticholinergic; has no active metabolites; and undergoes non-linear pharmacokinetics, all of which may contribute to its propensity for discontinuation/withdrawal effects. Fluoxetine has a long half-life and probably has the lowest rates. Although not reviewed by Jha and colleagues, the short half-life SNRI, venlafaxine, is also frequently implicated in discontinuation syndromes, apparently more so than other SNRIs.8

6 The differential diagnosis of apparent SSRI discontinuation/withdrawal symptoms includes various medical conditions; discontinuation of other psychotropic medications; and, importantly, re-emergence of the initial depressive episode. Other research suggests that gradual tapering of the antidepressant does not seem to lower relapse rates, and patients with three or more prior episodes or a chronic course have a much higher relapse risk, after discontinuation of antidepressants.9

7 The pathophysiology of SSRI discontinuation/withdrawal is not completely understood, but probably involves (among other mechanisms) reduced levels of serotonin in the CNS.

8 SSRI discontinuation/withdrawal can usually be resolved within 2 to 3 days by re-institution of the discontinued agent, or introduction of another SSRI. Substituting fluoxetine as a long-acting “buffering” agent is often recommended.

9 Antidepressants may need to be taken for at least 4 to 6 weeks, before the development of SSRI discontinuation/withdrawal becomes a serious concern. There is a general consensus that the longer the patient has taken an SSRI, the more likely or more serious the syndrome, following abrupt discontinuation.

Clinicians are familiar with the withdrawal phenomena that may occur from alcohol, benzodiazepines, barbiturates, opioids, and stimulants. The results of this review indicate that they need to add SSRI to the list of drugs potentially inducing withdrawal phenomena. The term “discontinuation syndrome” minimizes the vulnerabilities induced by SSRI and should be replaced by “withdrawal syndrome.”6p79

We agree with Fava and colleagues that many clinicians-including some psychiatrists-have underestimated the potential severity and duration of antidepressant discontinuation/withdrawal syndromes. A widely publicized study generally supported this view, finding that an average of 56.4% of people said they had antidepressant withdrawal symptoms; and of these people, about 46% rated their symptoms as severe.10 The duration of these symptoms ranged from a few days to several months.

However, a commentary on this study by the British National Health Service (NHS) pointed out that “. . . the study’s limitations mean we can’t be sure these figures are accurate.”11 For example, the three largest studies used to calculate the percentage of people experiencing withdrawal symptoms utilized self-reports drawn from online surveys. As the NHS commentary pointed out,

Online surveys are prone to selection bias, as people are more likely to respond to a survey if they have experienced a problem than if they haven’t. This means the results [of the Davies and Read study] may overestimate the proportion of people who experience antidepressant withdrawal.

Antidepressants are not addictive

The publication of the Davies and Read paper spurred some alarming reports in the lay press, which proclaimed, for example, that “Antidepressant withdrawal hits millions” and implying that antidepressants are addictive drugs.12 We strongly disagree with that characterization and do not believe that SSRI/SNRI discontinuation/withdrawal symptoms should be lumped together with those of clear-cut drugs of abuse, such as alcohol, opioids, and barbiturates.

First of all, there is no conclusive evidence showing that the pathophysiological mechanisms underlying SSRI/SNRI withdrawal symptoms are similar to those in, for example, alcohol, opioid, barbiturate, or benzodiazepine withdrawal. In addition, the usual hallmarks of “addictive” drugs-such as craving for the drug, compulsive use, intentional overuse, “getting high,” diversion for illicit use, etc-are not characteristic of SSRI/SNRI antidepressants as a class.

Furthermore, the claim by some groups that antidepressants are associated with the development of tolerance requires context and clarification. Unlike genuine substances of abuse, such as alcohol or barbiturates, true tolerance is not commonly observed with antidepressants. The related phenomenon of tachyphylaxis-defined as loss of a previously effective antidepressant treatment response despite staying on the same drug and dosage-is observed in only about 25% of unipolar depressed patients.13,14 Results from a study by Zimmerman and colleagues15 show that the great majority of relapses attributed to so-called “poop out” of the antidepressant are actually due to the initial response having been a placebo response.

Viewed clinically, there are important, substantial differences between SSRI/SNRI withdrawal symptoms and the syndromes that follow abrupt discontinuation of drugs of abuse. For example, the mortality rate among patients exhibiting delirium tremens during withdrawal from alcohol is 5% to 25%.16 Barbiturate withdrawal may be accompanied by seizures in up to 75% of subjects, and about 66% may develop a delirium lasting several days. In this context, delirium-related agitation and hyperthermia can lead to exhaustion, cardiovascular collapse, and death.

Potentially lethal withdrawal reactions appear to be exceedingly rare, or non-existent, when SSRI/SNRI antidepressants prescribed in therapeutic doses are abruptly stopped and are virtually unheard of when these antidepressants are tapered gradually. Indeed, we are unaware of any reports of lethal withdrawal reactions when SSRIs/SNRIs are rapidly or even suddenly discontinued. Similarly, seizures following abrupt discontinuation of SSRIs/SNRIs appear to be exceedingly rare, unlike, say, with sudden discontinuation of barbiturates. In fact, we could find only one case report of an SNRI withdrawal-related seizure, in the context of severe hypokalemia due to vomiting.17

The need for a longer tapering period

The vast majority of serious withdrawal symptoms following discontinuation of SSRIs/SNRIs occur when the tapering period is less than 1 to 2 months. This may be particularly the case when the patient has taken the medication for a year or longer.

Based on our extensive experience with antidepressants, we believe that serious withdrawal symptoms are extremely rare when tapering periods of 2 to 6 months are used.18 However, we acknowledge that such long tapering periods are probably uncommon in general medical practice, and even in most psychiatric settings. Indeed, our second vignette, involving a rapid, 3-week taper of high-dose (60 mg/d) paroxetine, is an illustration of poor medical management that may be common in some practice settings. A much slower tapering rate would have been appropriate in the case of Ms B.

In contrast, the first vignette illustrates how judicious and extended tapering of SSRIs/SNRIs (over 8 weeks and longer) can avoid serious withdrawal syndromes. Factors associated with higher risk of serious reactions are shown in the Table.

Even more important than a specific timetable for tapering is the need for careful, systematic, individualized assessment of the patient. Similarly, strategies for cross tapering from one antidepressant to another must be individualized, based on the particular switch that is planned. While attending carefully to the patient’s reported response to treatment is always important, it is especially critical during the vulnerable period of antidepressant tapering.

When well-managed, discontinuation of antidepressants need not pose a significant clinical problem and should not discourage depressed patients from using these beneficial medications.

For an online rejoinder by Read and Davies to this article, click here.

Have something to say? Contact us at editor@psychiatrictimes.com and your comment might be considered for posting at the end of this article with a response from the authors.

This article was originally published on 1/16/19 and has since been updated.

10. Davies J, Read J. A systematic review into the incidence, severity and duration of antidepressant withdrawal effects: Are guidelines evidence-based?Addict Behav. 2018 Sep 4. [Epub ahead of print].