When the patient has significant comorbid psychiatric problems, high risk of suicide, and Huntington disease, the role of clinician spills over into patient advocate in a complex medical system. 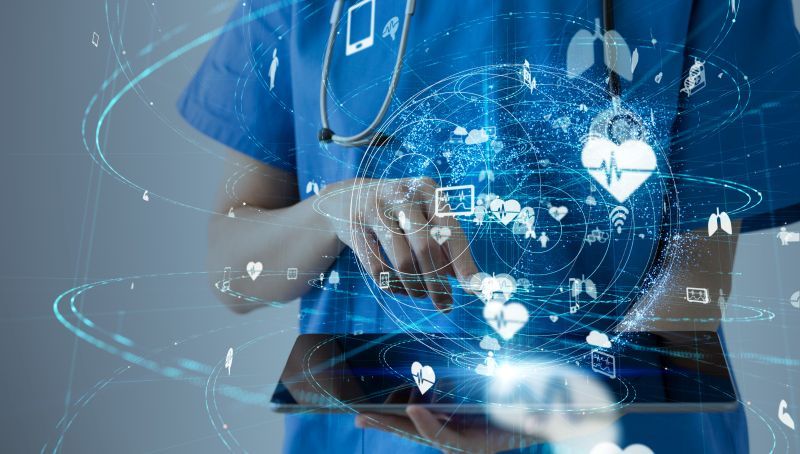 The challenges of a busy neuropsychiatric practice give us opportunity to further explore real world applications of our current armamentarium. This is true regarding both pharmacology as well as other procedural interventions. The following case will hopefully highlight some of these challenges as well as opportunities.

The patient originally presented as a 33-year-old man with a history of polysubstance abuse and mood disorder. He had been referred for neuropsychiatric assessment by our migraine clinic. Unfortunately, he received his third driving while intoxicated citation and failed drug court, and he was slated for incarceration. A few days prior, he received a diagnosis of Huntington disease (HD) by one of our movement disorder specialists. He was placed in a medium security facility where his condition was treated with a combination of aripiprazole, duloxetine, and hydroxyzine. Nonetheless, he described experiencing both visual and auditory hallucinations. The visual hallucinations were quite dramatic, involving zombies with pieces of their flesh falling off. The auditory hallucinations were not of a command nature and involved deprecating, condescending, and derogatory statements regarding the patient.

He was released after approximately 2 years, with 3 years of probation. His medications were abruptly discontinued 3 months before his release, and he was placed on haloperidol. The patient reported that these had not been particularly effective. Fortunately, he was also involved in the recovery process, and attended Narcotics Anonymous meetings twice weekly and visited an outpatient addiction clinic at least weekly.

His movement disorder specialist then prescribed deutetrabenazine for HD. The neuropsychiatry team discontinued haloperidol and began treatment with 34-mg pimavanserin daily. After 4 weeks, he noted an amelioration of the auditory hallucinations. Mood continued to be a problem (PHQ-9 = 20); lamotrigine was started with the customary 5-week titration schedule. After 2 more weeks, the patient reported amelioration of auditory and visual hallucinations.

The vicissitudes of life continued to take their toll on the patient, including some conflicts regarding custody of his 6-year-old son. The patient began to experience drug cravings and was started on naltrexone. At the time, he began to describe ideas of reference, receiving messages through the television. The decision was made to increase pimavanserin to 51 mg daily. The patient was made aware that this was above the usual US Food and Drug Administration dosing guidelines; after a discussion of the benefits, alternatives, and risks, he decided to proceed.

Four weeks later, the patient reported a significant amelioration of his psychosis. He also indicated he was essentially more sociable, was spending more time with his son, and was participating in community activities. In fact, his parole officer extended the time between reporting from weekly to every 3 weeks. The auditory hallucinations resolved completely; the visual hallucinations continued to ameliorate and resembled illusions.

The treatment was managed with 17-mg pimavanserin samples. When manufacturing of 17-mg pimavanserin samples stopped, the patient’s dose was reduced to 34 mg daily. Subsequently, the patient experienced an exacerbation of both auditory and visual hallucinations. Due to a lack of available samples and repeated denials of coverage by his insurance company, pimavanserin was discontinued and he was treated with other antipsychotics. Trials of adequate dose and duration with quetiapine and cariprazine did not result in amelioration of psychotic symptoms. The patient also began to miss visits and to follow-up less frequently.

A variety of studies were conducted during the early course of his evaluation and treatment, including an electroencephalogram, multiple sleep latency test, extensive lab work, and electromyography, and neuroimaging of the brain and spine. Most results were within normal limits or essentially benign. He had a polysomnography indicative of sleep apnea and a positive DNA test for HD.

This patient exemplifies the complicated nature of neuropsychiatric practice. Taking into account the pre-existing movement disorder with rather significant comorbid psychiatric problems (including a higher risk of suicide) associated with HD, we were not eager to treat him with the usual dopamine blockade. Pimavanserin seemed ideally suited for the situation. When that medication is not enough to eradicate psychosis and some form of dopaminergic agent is inevitable, the data direct us to clozapine or quetiapine.1

An argument can certainly be made that 68-mg pimavanserin would be preferable to the addition of a dopamine blocking agent. However, this would undoubtedly precipitate a conflict with the patient’s managed care insurance carrier.

Treatment utilizing the biopsychosocial model, including 12-step programs and addiction counseling, is indispensable. In addition, incarceration in this case dovetailed with recovery. In other words, the neuropsychiatric skill set must not be devoid of humanism. While science and technology expand our abilities, our goals still revolve around the patient and maximizing function.

Here, we see the role of the clinician as a patient advocate and navigator of a rather complicated medical system. This included interactions with the legal system as well as various substance treatment providers.

In the final analysis, this patient’s life continues to be difficult. However, he is able to function and to act positively in terms of his commitment to others, particularly his son.

Dr Capote is Medical Director, Division of Neuropsychiatry, Dent Neurologic Institute, he is also Medical Director, Addiction Services, Brylin Hospital, Buffalo, NY; Ms Miller is Physician Assistant, Dent Neurologic Institute. The authors report no conflict of interest concerning the subject matter of this article. The patient has agreed to have his case discussed in this article.