Has DSM-5 made diagnosis of bipolar disorder more difficult? Answers to this and 5 other questions. 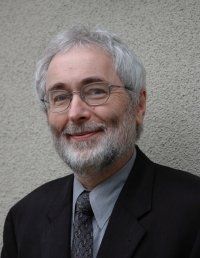 Dr. Ketter is Professor in the Department of Psychiatry and Behavioral Sciences and founder and Chief of the Bipolar Disorder Clinic at the Stanford University School of Medicine, Stanford, CA.

1:Do you think the DSM-5 changes have made detection of bipolar disorder in depressed patients easier, harder, or some of each?

2:Dr. David Kupfer, chair of the DSM-5, stated in a 2013 article with Dr. Mary Phillips that unipolar and bipolar depression “might be better represented as an affective disorders continuum, with variable expressions of bipolarity representing dimensions of underlying pathophysiologic processes.”1 Do you agree with that?

3:Regeer and colleagues2 from the Netherlands reported that only 22% of patients with bipolar disorder recognized their episodes of hypomania (vs 82% who recognized a depressive episode). Do you think most practitioners are aware of this problem? How are most of them making a diagnosis of bipolar disorder in patients who present with depression?

A: I agree that retrospective detection of at least one prior episode of hypomania in a currently depressed patient is very challenging. The reasons for this are multiple and complex; they likely include that prior hypomania by definition lacks severe adverse consequences (or commonly lacks even any functional impairment) and often is not detected or treated at the time. Another issue is state-dependent memory-the inability of currently depressed individuals to recall prior experiences that occurred when not depressed.

4: On markers of bipolarity that do not appear in the DSM criteria (eg, family history, age of onset, and “problematic outcomes” with antidepressants) that indicate increased probability of bipolar disorder in a patient presenting with depression: do you think we’re ready to expect gathering and reporting of those data from providers who are treating such a patient (ie, is it time to make that “standard of care”)?

A: In my view, there is sufficient evidence regarding non-DSM factors (eg, family history of bipolar disorder; first depression before age 25 years; history of psychosis; hypersomnia, hyperphagia, anergic depression; and worsening with antidepressants) that increase the likelihood of a bipolar outcome to invoke these clinically. Thus, treatment of depressed patients with more than one such factor merits particular caution regarding the possibility of a bipolar spectrum problem.

A: There are varying degrees of problems with antidepressants not only across mood disorders in general (eg, least in unipolar, versus intermediate in bipolar II disorder, versus most in bipolar I disorder), but also across individual mood disorder subtypes. For example, patients with bipolar II disorder who have mixed depression, rapid cycling, and childhood onset may have more problems with antidepressants than patients who do not have these features. Such individuals may be preferentially referred to bipolar disorder clinics rather than to depression clinics.

6:A 2012 paper from a Canadian consortium found that 6 sessions of group psychoeducation were as effective as 20 sessions of bipolar-specific cognitive-behavioral therapy (CBT)-even when the psychoeducation was delivered from a manual by registered nurses trained for this job, while the CBT was delivered by CBT experts.4 What are your current recommendations for the psychotherapy component of bipolar treatment if a patient’s depression is determined to be bipolar depression?

A: It may be that psychoeducation is the active ingredient in multiple adjunctive psychotherapies used in patients with bipolar disorder. Depending on individual bipolar disorder patient characteristics and resources, specific interventions such as psychoeducation, family focused therapy, interpersonal and social rhythm therapy, CBT, or dialectical behavior therapy administered either individually or in group settings may yield better outcomes. It could also be the case that bipolar disorder patients willing to utilize both psychotherapy and medication have better outcomes in general (independent of specific psychotherapies and medications used), due to diverse patient factors ranging from being more determined to being more psychologically minded.

This article was originally posted on 4/11/2016 and has since been updated.

Dr Ketter is Professor in the Department of Psychiatry and Behavioral Sciences and founder and Chief of the Bipolar Disorder Clinic at the Stanford University School of Medicine, Stanford, California. His research has involved the etiology, phenomenology, and treatment of bipolar disorder. Etiologic research has used neuroimaging methods to better understand neurobiology and to explore the possibility of such techniques helping to more effectively target treatments. Phenomenologic research has focused on development and course of bipolar disorder in late adolescence/young adulthood, and links between creativity, temperament, and mood disorders. Treatment research has involved clinical trials of novel medications for bipolar disorder, with emphasis on anticonvulsants, second-generation antipsychotics, and comparative effectiveness of pharmacotherapies.

Dr Ketter has participated in numerous federally, foundation-, and industry-funded bipolar disorder clinical research studies, has received 2 National Alliance for Research in Schizophrenia and Depression Established Investigator Awards and Stanley Foundation Research Award Program support, and is an American Psychiatric Association Distinguished Fellow. He has published extensively on bipolar disorder, including over 400 scientific articles and book chapters, and is the editor of the American Psychiatric Publishing volumes Handbook of Diagnosis and Treatment of Bipolar Disorder and Advances in Treatment of Bipolar Disorders. He has served as Clinical Field Editor of CNS Spectrums and continues to serve on editorial boards for numerous journals including Bipolar Disorders,Journal of Affective Disorders, Journal of Psychiatric Research, and the International Journal of Bipolar Disorders.

The author has served as reviewer and chair for the Veterans’ Administration Merit Review Committee and as an ad hoc reviewer for the National Institute of Mental Health, the Medical Research Council of Canada, and the Canadian Psychiatric Research Foundation. He has had extensive experience in teaching and mentoring trainees, for which he has received the Irma Bland Certificate of Excellence in Teaching Residents from the American Psychiatric Association. Dr Ketter continues to care for patients with bipolar disorder, for which he has been awarded the Outstanding Faculty Physician Award by Vaden Health Center at Stanford University.