A Rock and a Hard Place

The costs, risks, and considerations involved in treating addiction have upped the ante, as illustrated in this case. 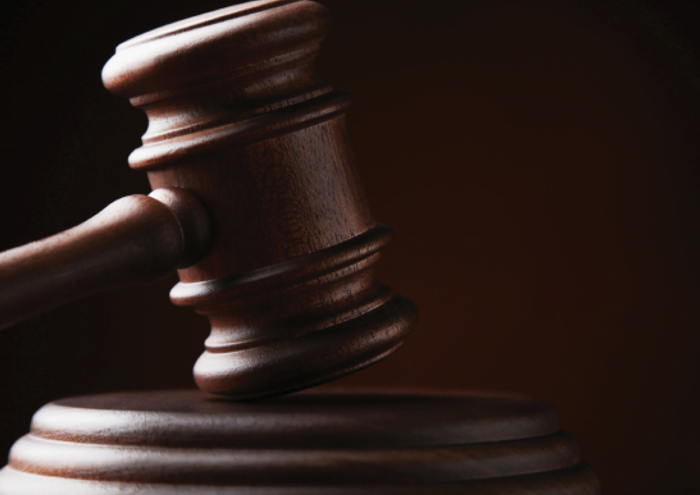 The costs, risks, and considerations involved in treating addiction have upped the ante, as illustrated in this case about the ethical and legal duties of practicing psychiatrists. Forensic analysis of the case here.

I have worked in university health centers for many years and treated psychiatric disorders in adult patients, often with concomitant substance use disorders (SUDs). Despite a background in addiction psychiatry, I have found that the current opioid crisis has led to difficult ethical and legal scenarios that are different from past “epidemics.” The risk of sudden death from overdose with opioids (whether intentional or not) has added a new level of complexity and risk to my day-to-day work. Particularly troubling is that when I successfully help patients stay off opioids for an extended period of time, I am effectively increasing their risk for death if they relapse. This increased risk is due both to their loss of tolerance to narcotic medications and to recent changes in opioid preparations that include the potential mix of high-potency agents (eg, fentanyl, carfentanil).

For the discussion on this case, see Psychiatric Malpractice Grand Rounds: Addiction Psychiatry.

“Mr L,” a divorced man in his 30s with bipolar disorder (BD), presented to our outpatient department after completing a 14-day court-mandated inpatient rehabilitation program. He had a long history of daily alcohol and IV heroin use, intermittent use of intranasal cocaine and oral (PO) amphetamines, and brief treatments at multiple substance programs with no extended periods of sobriety. Before his recent admission, he had been hospitalized medically for respiratory depression after an inadvertent heroin overdose that required four doses of naloxone. This episode was considered a violation of his probation, and he was mandated to the inpatient program where he was successfully detoxified and treated. His BD symptoms were well controlled on his psychiatric medication regimen, and he presented to our clinic after discharge for his initial evaluation with no evident mood symptoms.

At that time, he was also mandated to an intensive outpatient program (IOP) where he was subject to random urine toxicology. He refused our offer for naltrexone (whether PO or by long-acting injection) citing his relative stability. However, three months later, he had another serious overdose of IV heroin use that resulted in a brief ICU admission. The admitting hospital contacted us for aftercare but did not contact the patient’s substance IOP or his probation officer. The hospital staff assumed that the patient’s probation officer was aware of this new violation of probation.

When he presented to our clinic one week after this overdose, Mr L was calm and psychiatrically stable, reporting full sobriety since he had left the hospital. He refused our recommendation to start monthly long-acting injectable naltrexone, but he agreed to take PO naltrexone daily. He also told us that he was attending his substance IOP three times per week as court ordered. However, he rescinded his consent for us to speak to that program and also asked us not to speak to his probation officer about his recent heroin relapse and overdose. His reasons for this change were simple and clearly stated: he needed only five more months to “graduate” from his outpatient substance program and shortly thereafter, his probation period would be over. He told us that if we notified either party (who were both unaware of his most recent overdose), his probation would be extended and he would likely face jail time.

This put our treatment team in an awkward quandary. We knew that clinically, it was very important that his substance program know about the relapse so they could adjust his treatment accordingly and that all parties needed to be alerted to Mr L’s high risk for relapse and overdose. Our treatment team felt that the Mr L showed limited insight and that informing his IOP and probation staff was ethically the right thing to do. Nonetheless, this disclosure would be against his specific stated wishes. Even though his probation officer was allowed to speak to any and all medical staff, could we legally call the probation officer against the patient’s specific instructions? Would notifying his substance IOP be a violation of consent? And would not notifying all parties of Mr L’s recent overdose and near-death be considered a failure to provide appropriate care for Mr L?

Before we took any action, we sought the advice of our risk management department. They focused on the fact that in emergency situations, clinicians are allowed to speak to any provider and that the inpatient hospital should have contacted the substance IOP and probation officer after his most recent overdose admission. However, since there was no emergent situation currently, they recommended that we should not initiate contact, but could respond and share information that would be in the best interest of the patient if the IOP reached out to us. They felt that the situation was similar for probation and that we should not initiate the call to Mr L’s probation officer. Our treatment team followed these specific recommendations. We did not reach out and inform the IOP or probation of Mr L’s most recent relapse and overdose and regrettably, no party ever reached out to us.

Thereafter, Mr L consistently returned for his monthly appointments to receive his prescriptions for PO naltrexone and medications for BD. After five months, he informed us that he had complied with all requirements of his outpatient substance program and that his probation had ended. He planned to attend Narcotic Anonymous meetings moving forward and he agreed to provide random urine samples at our clinic. He also agreed to change to monthly injectable naltrexone which we arranged to start at his next scheduled appointment two weeks later.

One week after this visit, Mr L presented to our hospital medical emergency department after injuring his hand while heavily intoxicated. His blood alcohol level on arrival was 270 mg/dL and his urine toxicology was positive for opiates and cocaine. He was discharged the same day with instructions to keep his follow-up appointment at our clinic the next week. Mr L did not show up for that appointment and did not respond to repeated phone calls and a letter over the ensuing days. He eventually left a message that he had found treatment elsewhere. He was never subsequently seen in our health system and was lost to follow-up.

Editor's note: This article was originally posted on July 1, 2019, and has since been updated.