There are bad deaths and there are good deaths. Sometimes we can do nothing to affect which of these outcomes will occur, and other times there are variables that we can control. 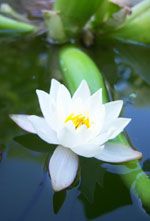 The unfortunate fact is that we all die. There are bad deaths and there are good deaths. Sometimes we can do nothing to affect which of these outcomes will occur, and other times there are variables that we can control.

As difficult as it is to contemplate and talk about our own death, a conversation with our doctors and loved ones is necessary.

As a resident who works in large tertiary medical centers, I have seen how broken our system is in regard to end-of-life care. The reasons are complicated why doctors do not always discuss end-of-life care with their patients, even when they know that continued aggressive interventions will be futile in prolonging life. For physicians, the death of a patient can be experienced as a personal failure. Similarly, there are complicated reasons why patients do not discuss their wishes with their doctors, even when they know that something is not right within their own bodies. Thus, we are complicit in maintaining a flawed belief that more is always better in terms of medical care. Unfortunately, it’s not always so.

Many of the hospital deaths I have seen are complicated by invasive procedures, inadequate pain management, and arguments among family members over what their loved ones’ wishes would have been. I heard of a case at my hospital that involved an elderly woman with endless medical problems whose family insisted on “doing everything.” Her heart had stopped 5 times and she was resuscitated each time, the last of which was unsuccessful. It was so traumatic for the treating team that a veteran nurse quit her job.

Although it sounds like an oxymoron, a good death does exist. My 87-year-old grandmother, Dottie, was hospitalized recently for difficulty with breathing. A diagnosis of severe heart failure was made. My parents lamented to me how frustrated and anxious she was to be in the hospital. Dottie referred to the hospitalist as “the kid.” He was probably my age and just out of residency. My parents agreed that he had a “terrible bedside manner” and was brusque and overly clinical. Dottie asked him why she was struggling for a breath. He clucked on for a while and gesticulated wildly with his fingers to show the measurements of her narrowed aortic valve. “Well you are in very severe-yes very severe-cardiac failure due to the critical-yes critical-aortic stenosis.”

My husband and I debated whether we should make the 7-hour drive south or wait to see if she improved. The cardiologist, whom my family adored, was kind enough to speak with me on the phone and share Dottie’s laboratory values and medication list. He estimated she had weeks left to live but wouldn’t recover and added that she was “the strongest weak person” he’d met. My parents were with her when he came into the room and crouched down to be at eye-level with her.

As she labored to breathe, she asked sweetly, “What are you going to do with me?” The cardiologist replied with his hand on her shoulder, “Dottie, we’re just going to love you and take the best care of you.”

After we spoke with the cardiologist, we postponed our trip until the following weekend. The hospital had been a miserable experience for Dottie. Her pain wasn’t well controlled. She wasn’t eating, and droves of well-meaning visitors arrived to wish her well and encourage her to eat. But her body was shutting down and food was not what she needed. My mother caught the nurse in the hallway for an update. She mentioned casually that Dottie’s worst fear was that she would end up with a feeding tube.

“Well, she probably will get a tube if she’s not eating!” the nurse responded.

“No! That’s not what she wants at all. Don’t you have the paperwork?”

My grandmother had clearly verbalized her medical wishes to anyone who would listen. We were incredulous that Dottie was listed as “full code” on her chart. Her power of attorney paperwork and DNR forms were quickly produced (again) and placed in her chart.

Dottie was a woman who liked to be in control. Until the end she made her own decisions, including a request to go to a hospice service instead of to the nursing home as originally planned. This decision was not based on a conversation she had with a physician but rather on her own experience as a hospice volunteer many years before. On transfer, the hospice doctor more accurately gave the prognosis of days and not weeks left to live. Dottie knew she was dying-and it was going to be on her terms.

My husband and I got in the car and made the trip. We wearily entered a room full of family who had traveled from all over the country. We took turns sitting next to her bed, holding her hand, and talking to her. She was in and out of consciousness but clearly pleased to see us.

There were stories told and jokes made the last day she was lucid, but mostly we sat quietly together and fed her ice chips when she asked for them. She requested “hot coffee” but couldn’t hold the cup, “fresh fruit” but wasn’t able to chew, and more ice “with lemon this time.” Dottie always knew what she wanted. She would ask for the time intermittently, and at one point she opened her eyes and said, “I didn’t know this would take so long,” as if apologizing for putting us out with her dying process. She was as busily focused on dying as she was on any of the things she had enjoyed while living.

On the day she passed away, we sat quietly in her room. Death was clearly approaching. Her skin was cool to the touch and mottled, her nail beds turning blue. Her face was yellowish with a luminescent quality. Her Foley catheter no longer produced urine. Her breathing was irregular, her mouth open. Her eyes were closed, but we spoke to her and to each other as though she could hear us. Dottie died gracefully, peacefully, and with her family around her. My uncle, also a physician, placed the stethoscope on her chest and shook his head. We kissed her forehead and said our good-byes, amidst hugs and tears and even laughter about how perfectly she had died; she couldn’t have planned it any better.

What a valuable lesson for my grandmother to remind me of, her final lesson to me, that death can be peaceful and pain-free even if it can never be completely in our control. We all might not be planners to the extent that Dottie was. However, if it were a shared responsibility to talk about our end-of-life wishes-whether we are 30 or 90 years old-there would be fewer “bad” deaths and more “good” ones.